Todaypennsylvania.com
Home Sports A couple are facing trial for their alleged role in the abuse... 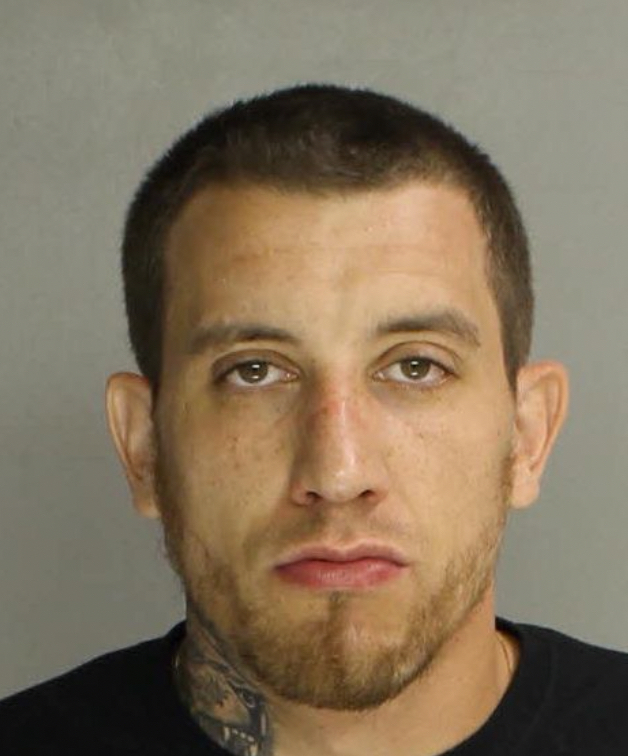 31-year-old Stephen J. Dougherty, of the 200 block of Blunston Avenue, Collingdale, was arraigned after a preliminary hearing before District Court Judge Edward K. Kropp Sr. on charges of aggravated assault on a child, simple assault, endangering the welfare of a child and recklessly endangering another person in connection with alleged incidents that occurred in 2021 when the child, the son of his girlfriend, was in his care.

The child’s mother, Emily Laster, 30, of the 1100 block of Village Drive in the township’s Sonata neighborhood, waived a preliminary hearing before Kropp on a charge of endangering the welfare of a child in connection with the alleged incidents and is awaiting trial. on charges.

Along with the charges, prosecutors argued that while Laster is not accused of injuring the child, she had a duty of care as a mother to protect her son, but continued to leave her son in Dougherty’s care.

According to the authorities, the child suffered injuries to the genitals and other limbs. The boy is now in the care of other family members.

The investigation began on November 19, 2021, when detectives were told the child had been admitted to Children’s Hospital of Philadelphia.

Authorities learned the child had to be taken to the school nurse’s office on Nov. 18 “due to severe groin pain,” according to the criminal complaint filed by Montgomery County Detective Kathleen Kelly and Lower Pottsgrove Detective Daniel E. Kinle.

The child was reportedly unable to urinate due to pain and had visible injuries on his genitals. According to court documents, one learning support teacher told authorities there were “no words” to describe what she saw regarding the damage to the boy’s penis.

Laster was ordered to take the child to the hospital, and school officials sent ChildLine to report the injuries.

“He later told an authorized reporter that his mother’s boyfriend was a ‘big, mean bully’ and bought him new sneakers as a ‘sorry gift,'” Kelly and Kinle allege in the arrest affidavit.

The child was initially treated by doctors at Pottstown Hospital, who noted that the boy had a penile infection and a bruise on his abdomen, raising concerns about non-accidental injury. Doctors decided it would benefit the child to be transferred to CHOP for evaluation.

Doctors at CHOP determined the boy suffered significant genital injuries, as well as bruises and abrasions on various parts of his body, including his abdomen, chest, eyelids and broken ribs, according to the arrest affidavit.

On Nov. 19, the Montgomery County Office of Children and Youth Services implemented a safety plan that barred Laster and “any other recent caregiver” from having physical or verbal contact with the child during the investigation, and the child is now in custody. for other family members, court documents show.

Authorities said the child’s injuries have healed after being placed in the care of other relatives.

“All of this occurred while he had no contact with his mother, Emily Luster, or her lover, Stephen Dougherty,” Kelly and Kienl wrote in court documents.

When detectives interviewed Laster, she allegedly denied child abuse and claimed her son had suffered injuries from falling down stairs during a sleepover, missing a baseball, getting into fistfights at school and getting his penis stuck in a zipper.

Luster added that she had been dating Dougherty for about a year and that Dougherty occasionally watched her son and that Dougherty teaches the boy how to box and tells him to stop crying when he needs to act “like a big boy,” according to the arrest warrant. affidavit

“She stated that Dougherty was a good man whom she loved,” Kelly and Kienle wrote in court documents.

During the investigation, detectives learned that the child had previously been brought to CHOP on June 1, 2021 by his paternal grandparents who were concerned about the boy’s diarrhea and vomiting.

At the time, the boy claimed Dougherty wiped feces off his face, according to court documents. However, Laster allegedly claimed that the boy had stomach problems and had an accident, and that Dougherty inadvertently wiped the boy’s face with a towel that had feces on it while trying to clean the child.

In October 2021, the child’s paternal grandfather also filed a police report after noticing marks on the outside of both of the child’s eyes and said the child told him Dougherty held his face in water to try to drown him, according to court records. document.

During the investigation, the boy told one officer that “Steven is going to kill me,” the affidavit states.

The investigation also revealed a Nov. 16, 2021, incident in which a 911 caller filling up gas at a gas station in Trediffrin, Chester County, told police a “terrified” boy had gotten into her car and hid on the floor behind the front door. passenger seat while trying to get away from Dougherty while he was at the gas station. The 911 caller and another witness told police the boy said the man he was with “tried to cut my pee off and kill me.”

Dougherty then pulled the child out of the woman’s car and drove away from the gas station.

During that investigation, Tredyffrin police made contact with Laster, who reportedly told police the boy “made the whole story up and was in no way in danger with her boyfriend,” according to court documents. When the police observed the boy, they noted that “the child appeared safe.”

When child social workers interviewed the boy on Dec. 9, he claimed Dougherty repeatedly kicked him in the “stomach” and pulled him “pee-pee” and ordered the boy not to tell his mother, according to arrest affidavits.

The boy, according to court documents, disclosed that his mother had told others that he had lied and that Dougherty was a good guy who would not harm him. But the boy said, “I didn’t lie.”