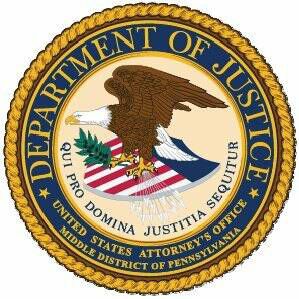 SCRANTON — A Dominican Republic man who was arrested in Luzerne County on drug charges after being deported for a previous human trafficking offense faces deportation again after serving time in federal prison for illegal reentry.

The U.S. Attorney’s Office for the Middle District of Pennsylvania said Wednesday that Tommy Moscat-Lara, 44, received an 18-month prison sentence from a federal judge. Mossat-Lara pleaded guilty to illegally re-entering the United States after being deported for a felony.

The U.S. Attorney’s Office said Moscat-Lara, also known as Randy Torres-Irizarry, was in the country illegally in April 2013 when he was convicted in Luzerne District Court of trafficking cocaine. Moscat-Lara was sentenced to one to two years in prison and deported in December 2013.

The U.S. Attorney’s Office said Moscat-Lara returned to the U.S. and was arrested on Jan. 14, 2021, in Hazleton on charges of trafficking in cocaine and fentanyl. Before his bail was revoked and he pleaded guilty on June 15, 2021 to drug possession with intent to distribute, a federal grand jury indicted Moscat-Lara for allegedly making illegal returns. On December 30, 2021, he was sentenced by the district court to three to six years in prison.

After serving his sentence, Moscat-Lara will be deported.

This case was investigated by US Immigration and Customs Enforcement. Assistant U.S. Attorney Jeffrey St. John prosecuted the case.