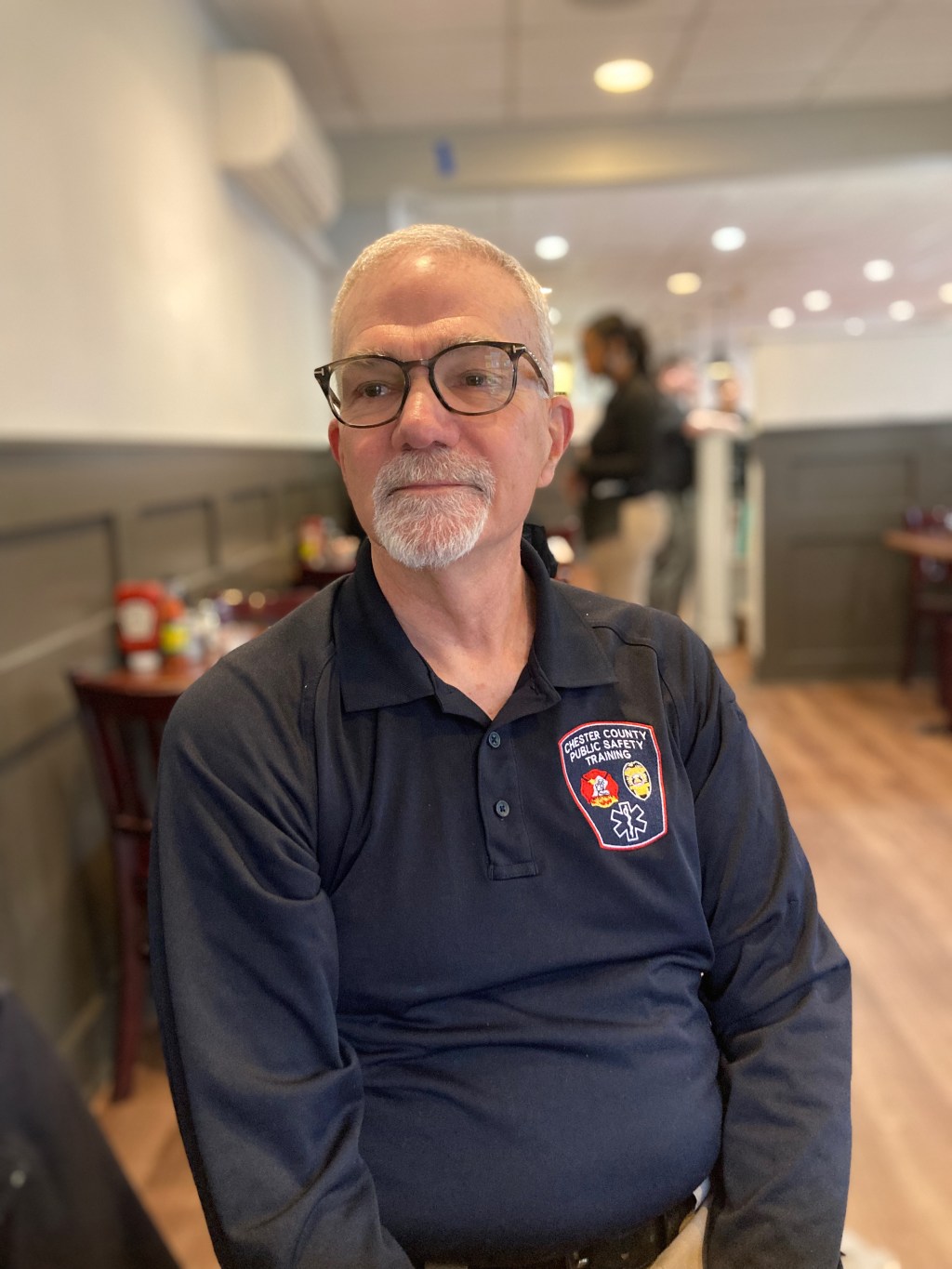 
WESTERN CHESTER – ask J. Patrick Davis will sum up his career in Chester County law enforcement and he will tell you that he enjoyed every minute. “It was like sitting in the front row of the greatest show on earth,” he declares.

But one who takes this humble statement to suggest that Davis – who responds to the friendlier, familiar name “Pat” – has been a mere observer in the world of policing for the past four decades, a passive audience member who has watched players on stage they play the drama of their time, they would be very wrong.

“He’s a very‘ behind-the-scenes guy, ’” said Jerry Lindenlauf, a police veteran who works with Davis at the Chester County Public Safety Training Campus (PSTC). “But if the law enforcement officers in the county knew how much he has achieved over the years on their behalf, they would be surprised.

“He knows how to finish it,” Lindenlauf said in an interview Friday. Over the years, Davis has developed contacts not only in the county, region and state, but across the country, which he has used to expand the county’s reputation and the resources it has, to train and train police officers and emergency response when they confront 21 -th century and its technological and social changes, he said.

“Not many people did what he did,” Lindenlauf said.

Soon this community will have to face the world without the daily presence of Davis. He announced he would retire later this month, ending a career that raised him from the lower rungs of police work to the higher.

“Public service has been my life,” Davis told reporters over breakfast in West Chester last week. “Forty-six years. I think it’s important. But I was very lucky to work in the community. This is very useful. You can improve people’s quality of life. “

But now, he said, “the time has come.

“I’ve seen too many times people get older or older and they want to travel and live,” but I believe that age has caught up with them. Not Davis. Fishing is waiting, like the whole world. “It’s just time.”

Davis will step down as director of campus education and development, a multimillion-dollar facility owned by the county, located on 94 acres in South Coatesville. Launched in 2010 and opened in 2015, with completion in 2018, the facility allows law enforcement, firefighters and ambulance staff to receive state-of-the-art training in both classrooms and tactical settings.

Lindenlauf said that since April 2018, the institution has been training nearly 5,000 police officers from across the county and the country, spending 68,000 man-hours. “When we offer training, there are usually not many empty seats,” he said.

The goal Davis has set for the institution when it comes to police is that a better trained officer will serve the people they work with more efficiently and safely, and more safely, Lindenlauf said. “It’s always about serving society.”

Davis, now 66, is the epitome of what training can do for a police officer at work.

A native of East Goshen, who graduated from Reed Henderson High School in West Chester in 1974, Davis largely rejected the idea of ​​going to college and then making a career out, telling his parents he would leave school as soon as he found a job. At age 19, he was offered a patrol job at Thornbury Police Department, and he was tasked with leading the movement near Stetson High School during the 1976 Bicentennial Celebration of America.

A year later, he was hired by the Uhlan Police Department as the fifth staff officer, at a time when the county’s area was just beginning to explode – from less than 1,000 residents in 1960 to more than 8,300 in 1980 and about 18,000 when he left in 2007. Over the 30 years that have passed, he has been promoted from rank to corporal to lieutenant and eventually to chief of police, a position he held after the retirement of Chief Georgy Harmansky.

Recalling his career in Uhlan, Davis said Harmanski came to the department from the south, where police training was paramount. He therefore encouraged Davis to learn new policing techniques, including the concept of public policing, which Davis studied at the Southern Police Institute at the University of Louisville in Kentucky.

The idea of ​​the public police is to go out and interact with the people who make up the territory you serve, he explained – not to isolate yourself from others in a protective cocoon of form, creating a moat between yourself and the public. The more you interact, “the more you become friends or family. There is a connection you build through the community.

“Police officers need to know that to be successful now, it’s important to have a community behind you,” he said. “That’s the difference between being a good cop and an average cop.”

When Davis left Uhlan, he took a position in the Chester County Attorney’s Office at the invitation of then-Attorney General Joseph Carroll, who decided his office needed to communicate with the police community. He stayed there for four years and was then “sold” from the provincial office to the county emergency department under the direction of the late director Ed Atkins. Eventually, he was tasked with overseeing the creation of a PSTC law enforcement training operation.

“It really started from scratch,” Davis said in an interview. Instead of involving an outsider, the county has put those with experience in law enforcement, firefighting and ambulance services to be responsible for developing how the facility will function. It was a campus designed by professionals he was supposed to serve working together.

“There is no other place in the region where this is being done,” he said. “We are proud of this interaction.”

For law enforcement, training is important for success as a patrol officer and for an investigator, he said. This creates a form of “muscle memory” in which the officer returns to the patterns to which he is accustomed. This can help dispel an unstable situation or protect people from harm, including the officer and whoever he encounters. It helps ensure that “everyone is coming home well,” including the “bad guys,” Davis said.

“At police work, when you get into a problem situation, you go back to how you were trained,” he said. “You know the technique and you say to yourself, ‘I can go through this situation.’ If you are a trained professional, you are the best cop. Nobody wants to see anyone hurt. “

In the future, it may seem strange to Davis ’wife, Katie Davis, his son Andrew Davis and Emily’s daughter-in-law that he doesn’t work. The former patrolman, chief and administrator estimated that in 46 years of service he had missed less than 30 days due to illness. But for now he will remain active in the community, continuing to serve as elected leader in East Bradford.

“I’ve always approached things with an attitude that I love what I do,” he said. “And that I wanted to change the situation.”