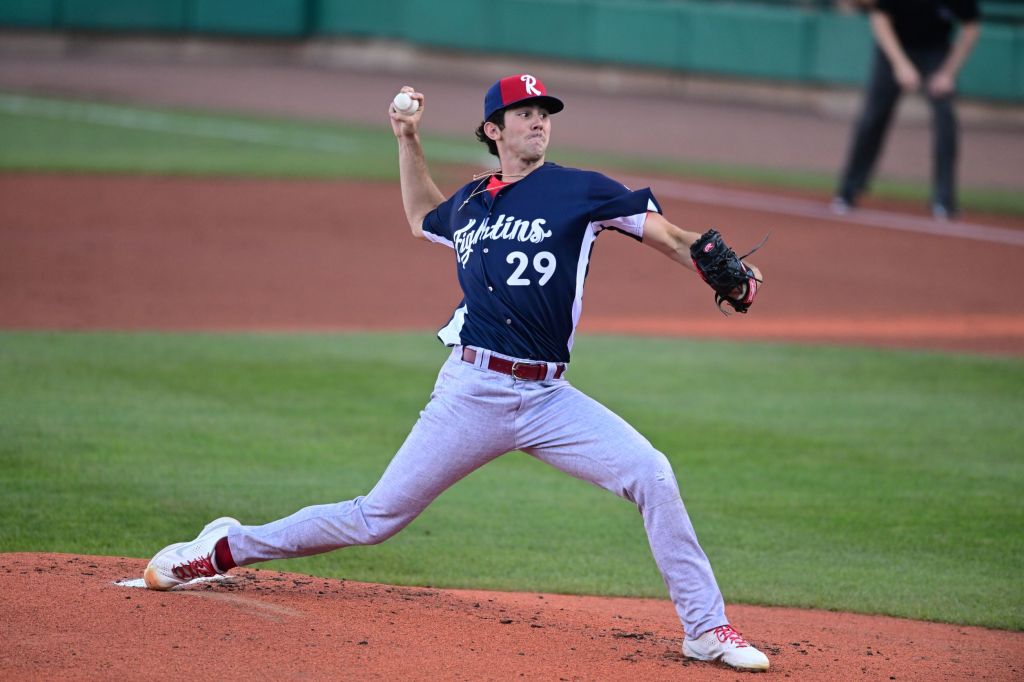 Right-hander Andrew Painter, who finished his season with the Reading Fighting Phillies, was named the Paul Owens Award winner as the top pitcher in the Philadelphia Phillies’ minor league organization, it was announced Tuesday.

Painter, the Phillies’ top pick, 13th overall in the 2021 draft, opened the season in Clearwater with a low singles tournament before being elevated to a high singles tournament at the Jersey Shore. On 21 August he was promoted to Reading.

He is the first Phillies minor league pitcher to post an ERA below 1.60 (minimum 100 innings) with at least 145 strikeouts in a season since Cole Hamels in 2003.

According to mlbpipleline.com, Painter ranks first on the Phillies and ranks 25th in baseball.

“Andrew had a special all-around year,” Phillies director of player development Preston Mattingly said in a news release. “From the moment he came to camp, he showed what a competitor he is and how hard he works. He carried that throughout the season. Obviously, we’re proud of Andrei’s numbers, which speak for themselves, but we’re also proud of how he’s grown as a person.”
Hall, 27, entered Tuesday’s game for Triple-A Lehigh Valley hitting .252 with 26 home runs, 83 RBI and an .855 OPS in 93 games. He also hit .264 with nine homers, 16 RBI and an .847 OPS in 38 games for the Phillies.

“Darick is having a great year,” Mattingly said. “With his work ethic second to none, he continues to improve in all aspects of his game. We were thrilled that he got the opportunity to play in the big leagues this year. We believe the best of Darick is yet to come.”