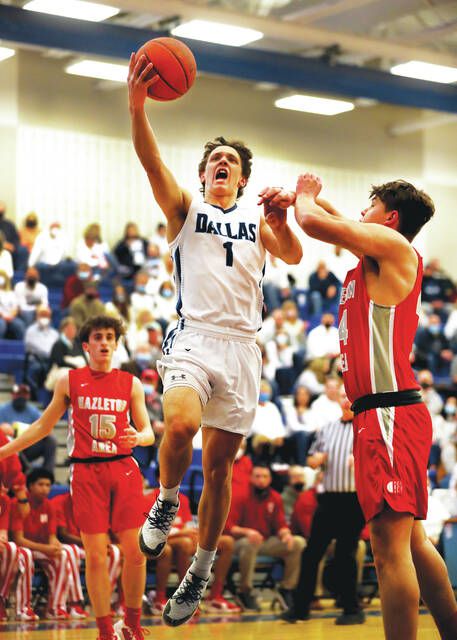 Austin Finarelli always knew how to get to the rim, perhaps more often than a player his size should have been able to.

For his senior season in Dallas, Finarelli added his shooting range and accuracy.

By doubling his 3-point output, Finarelli raised the average score above 20 points and added to the weapons opponents had to face while a small team of mountaineers hosted the best season in school history.

Finarelli’s role in the first semifinal trip to PIAA and the school’s record 27 wins led to his selection to the second team in the 4A boys ’national basketball team, released early Friday morning by Pennsylvania Sports Writers.

“It’s very cool,” said Finarelli, learning of the honor. “We have been working on this for four years.

“Getting this award is … definitely an achievement.”

It was one of many for Finarelli and his teammates.

Dallas won the 1st Division 1 and 2nd Class 4A District titles in the Wyoming Valley ahead of three state tournament victories.

Finarelli and Nick Nosita, the second four-year guard and scorer of 1,000 points in the climbers ’career, shared the Player of the Year awards from WVC 1st Division coaches. The 6-foot senior guard, who is heading to Elizabethtown to pursue his academic and athletic career, led the division by points and shared the Times Leader Most Valuable Player with Holy Redeemer’s Justice Shoats on the newspaper’s all-star WVC star team.

“It’s been a great year,” Finarelli said. “Looking back, I think I will remember it for a long, long time. It was a very fun year.

“We were stopped by an unusual team (state champion Neumann-Goretti). What we did was exciting and I am very proud of all my guys. ”

Finarelli from the beginning showed that this season will be even more weapons. He shook the opening balloon of the season to take down six three-pointers and score 35 points in a 77-58 result against six-time District 2 champion Scranton Prep, a team the Highlanders eventually replaced as district champions.

“Teams that have seen me in the past didn’t have to worry too much about me shooting,” Finarelli said. “Being able to shoot was very important to my game.”

And for the climbers the teams had to defend Finarelli in different ways and give him even more attention over the course of the season. This paved the way for him to reach the basket or open up strikes for teammates when Finarelli, Nosita and Mikey Kamba together scored more than five three-pointers per game in the final attack.

“It opened things up for everyone,” Finarelli said. “It helped me spread and helped the team as a whole.”

Finarelli joins the Shoats as WVC players from all states. Shoats was named the second team in Class 4A Thursday.

Robert Wright III, a sophomore who brought back Neumann-Garethy from an early deficit against Dallas in the state semifinals, was named Player of the Year after leading the Saints to the state championship.

Teammate Sultan Adevale, a 6-by-8 junior center-tall who dominated the semifinal board game, was part of the first team.