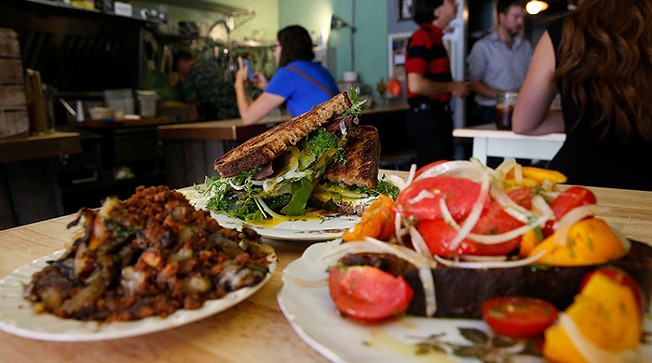 This Swissvale core product, which reopened for business in 2021, will open on Wednesday, March 30, from 12 to 9 p.m. Experience a delicacy in one of the most historic places with ice cream in town.

Beer Barge 2022
350 W. Station Square Drive, South Side. beerbarge.com
Three hours, three rivers, two bands and a DJ, and a complete list of breweries. The latest Beer Barge at Gateway Clipper will feature offerings from Two Frays, East End, Roundabout, Trace and others. Tickets will go on sale on March 31, they can be purchased on the Beer Barge website.

Open Road Non-Alc
600 E. Warrington Ave., Allenttown. openroadbarpgh.com
This non-alcoholic tourist bar has opened its usual location. Now you can buy your favorite liquor at home at their location in Allentown.

Kingfly Spirits
2613 Smolman, Stryp county. kingflyspirits.com
This distillery with small batches has focused on its night scene, but now they want to spend the day with a new fresh coffee company. Teaming up with Commonplace Coffee, Kingfly will now offer its customers coffee and espresso drinks, as well as fresh pastries. They will begin serving coffee drinks on Wednesday, March 30, and will serve Golden Milk, Lemon / Ginger Espresso Fizz, Lavender Matcha Latte and Orange Cream Latte.

House of Christ
Sherman 10, Millvale. gristhouse.com
This brewery from Millville is starting the French toast revolution with a new sour cream of the same name for breakfast. Brewed with blueberries, a hint of raspberry, lactose, maple syrup and a hint of brown sugar, this sour taste is reminiscent of breakfast in a jar.

Necromancer Brewing
2257 Babcock Boulevard, North Hills. necromancer. beer
Necromancer Brewing has teamed up with Valkyrie Donuts to produce two new beers that are perfect for your donut cravings. The first – “Valkyrie” – the imperial stout of coffee, the second – “Keres” – sour ale with strawberry puree. Both will be available for tasting on Friday, April 1 at the Necromancer plate.

Lawrence Hall
4609 Butler St., Lawrenceville. Lawrencehallpgh.com
After years of legal struggle, the owners of Lawrence Hall won their appeal case (Pittsburgh City Newspaper covered case back in 2021) and will be ready to start a business. In a statement posted on their website, the team said: “After several years of struggle, we are pleased to announce that this month we have won our appeal case! The Commonwealth Court has renewed the decision of the Zoning Council, which approved our decision in 2019. ” Because of the ongoing costs of supporting their court battle, they also said they welcome any donations that supporters wish to make.

On Saturday, April 2, from 9.00 to 14.00 in the Commonplace will be a campaign “Coffee and Cars” for motorists in the city. This event will include free drip coffee and The Coop Chicken & Waffles grocery truck. It is an inclusive event that is described as “open to all lovers of cars, trucks and motorcycles”.