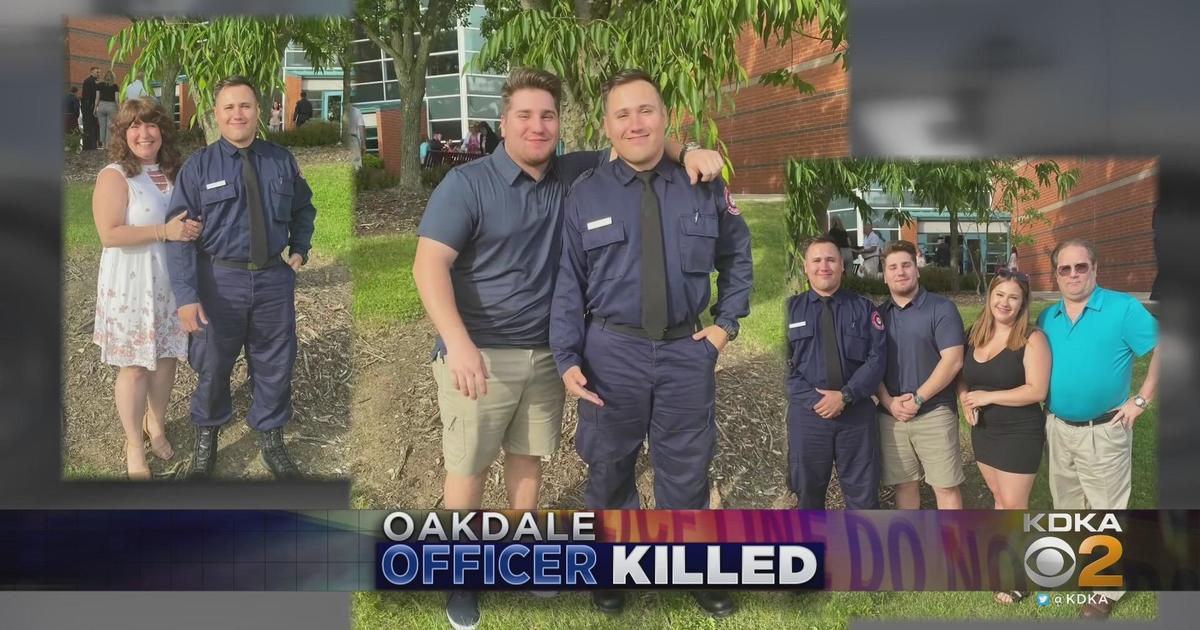 PITTSBURGH (KDKA) — An off-duty Oakdale police officer who was shot and killed in a traffic accident has been honored by his department.

Police said Kevin McSwiggen shot and killed Charles G. Stipetich Sunday night after an alleged traffic situation on Route 28. Stipetich had been serving as an Oakdale police officer for about a week before he was killed.

“The Charles G. Stipetich Award for Valor, this award is given for exceptional bravery in the face of death and for threatening and saving another person’s life,” Lauria said.

Before the council meeting, the chief presented Stipetich’s parents with a check, a special stitch and a valor award that will be displayed when the department builds a wall honoring fallen officers.

“This will be the Charles G. Stipetich Wall of Heroes,” Lauria said. “And Chuck will be the first icon to be there.”

Police said Stipetich was shot by McSwiggen outside his parents’ home in Blawnox. Stipetich’s father believes that his son saved his life. According to him, the suspect pointed a gun at him.

Now Stipetich’s family, still overcome with grief, is preparing for the funeral. But they are grateful.

“Now he’s going to know that everybody loves him,” said the officer’s father, Charles P. Stipetich.

“I lost my best friend,” he added. “He meant the world to me. We did everything together. Life won’t be the same without him.”

“It was such an honor,” said his mother, Dina Stipetich. “It was also very touching. It was very emotional for me to know that being in this place for a short period of time, that he touched and got to know so many people. They liked him. They liked him. And it is visible.”

Jennifer Barasso joined the KDKA News team as a reporter in August 2019. Jennifer has over 20 years of broadcasting experience. Her news philosophy is simple: tell good stories.

Is Jose Abrey approaching free agency, or is his time with the Chicago White Sox coming to an end? “I don’t like goodbyes,”...