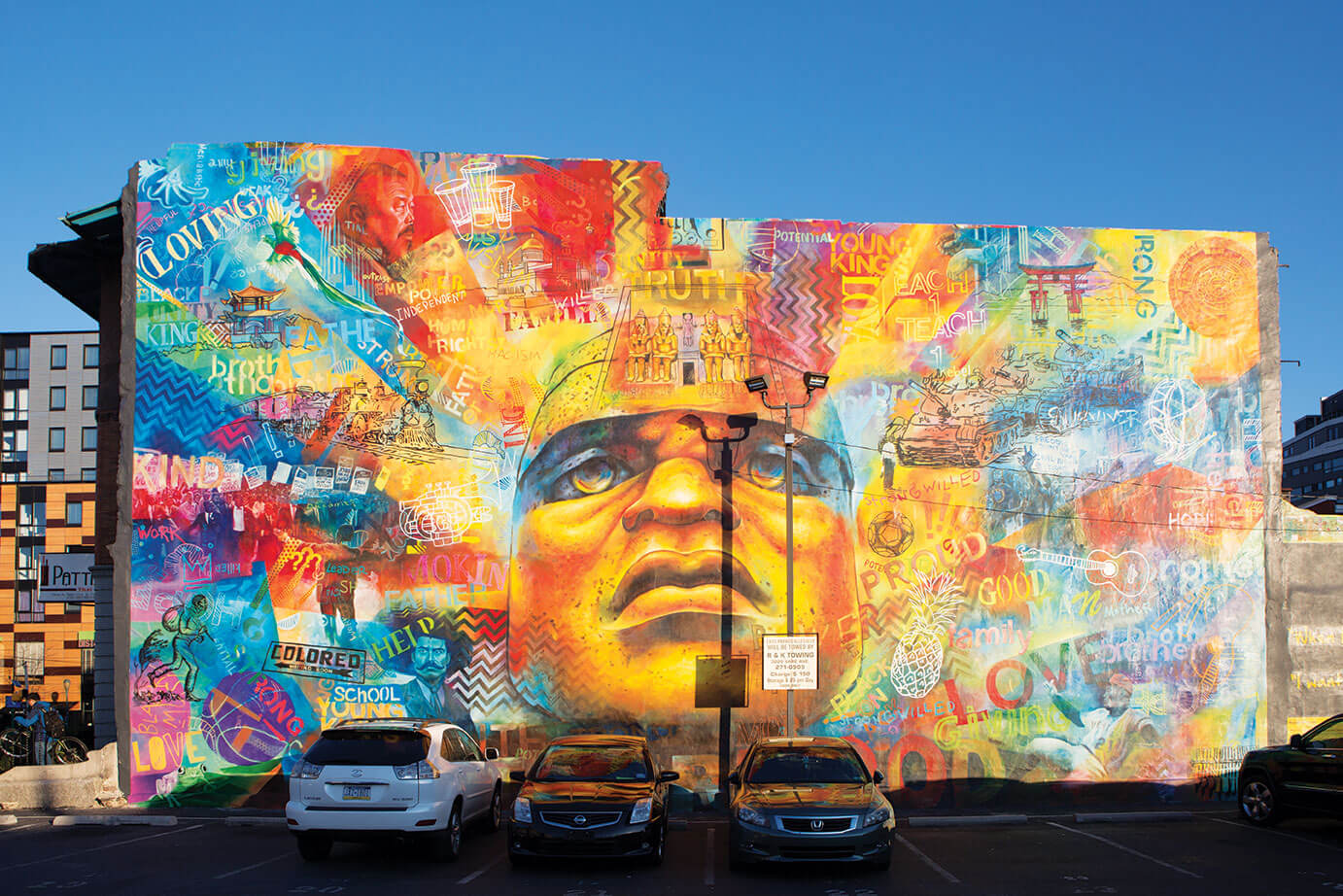 
“Secular Capital of the Mural”

Murals in Philadelphia began as a graffiti program in 1984 and has become an international leader with more than 4,000 community-based works of public art. The program has revitalized some of Philadelphia’s most undemanding places and is part of the city’s larger campaign to reshape public spaces and build positive dialogue in communities. The projects are managed by residents involved in the development of neighborhood murals from design to climax. About 50-100 new pieces are introduced annually.

The country’s largest public art program offers visitors the opportunity to see some of these murals during guided and self-guided tours, on foot, trolleybus, train or segway. Take a tour and find out why Philadelphia is called the “World Capital of Painting”.

NOTE: A new mobile app is also available from Mural Arts Philadelphia. Using the app, visitors have access to 40 murals in the city center right at their fingertips. Send the text MURAL to the number 215-608-1866 to get a link to the tour on mobile smartphones. From there, click on Self-Tour. Then, using the location of your phone, a map of Center City will appear showing the murals closest to you. To learn more about the Mural Arts tour program, their new mobile app or schedule a tour, Click here.

The work of artist James Burns originated from the Community Wellness Project, which raises awareness of mental and emotional health and extends to the restaurant below.

THE PROMISE OF BIOTECHNOLOGY

Artist Eric Ockdeh worked with local schoolchildren who drew antibodies and stem cells and helped paint this mural on a scientific theme that traces the groundbreaking history of Philadelphia disease.

A modern interpretation of classical muses, Meg Saligman’s mural near the Avenue of the Arts features figures and elements that symbolize contemporary art and creativity.

A fresco by Josh Sarantis and Eric Okde near Independence Hall explores the work of Abraham Lincoln and Frederick Douglas on ending slavery. The mural was created in collaboration with five public schools.

David McShane’s Phillies mural is across the river from 30th Street Amtrak Station and honors the hometown baseball team.

Rebecca Ratstein was inspired by river currents and the energetic crossing of rivers, railways, trails, bridges and more when she created this nearly 7,500-square-foot mural that overlooks Shuilkil Banks.

Felix St. Fort’s mural on Drake’s historic building near the Kimmel Center for the Performing Arts turns the building into an abstract play set.

A fresco by Michael Webb near the town hall commemorates the 50th anniversary of the Eisenhower Scholarship.

POWER IN OUR WAYS

Ernel Martinez’s 20-foot-tall and 120-foot-wide fresco reflects a shared vision of Philadelphia that grew out of conversations organized by the Philadelphia Foundation and celebrates the 100th anniversary of the charity.

A neon mural by David Gina and Drew Billy, hidden in an alley near the Italian market has over 200 feet of lights.

A symbol of Philadelphia’s passion for playing football, this mural on the side of the Love City brewery was a collaboration between artist Bill Strobel and curator Christian Rodriguez. It depicts several footballers, but primarily USWNT star and Philadelphia resident Julie Ertz.

Jim Hauser’s description of Philadelphia in this mural includes themes such as brotherly love, family and friends, a love of skateboarding and music, and the challenging intersection of danger and beauty.

The fresco by artist Faith XLVII in West Philadelphia is 11,000 square feet and 19 stories high and depicts a woman looking anxiously down at University Square, an affordable housing complex for the elderly.

The fresco by Willis “Noma” by Humphrey and Keira Johnston seeks to raise awareness of the challenges faced by boys and colored men in accessing education and work, and to reduce the stigma of receiving health care behaviors.