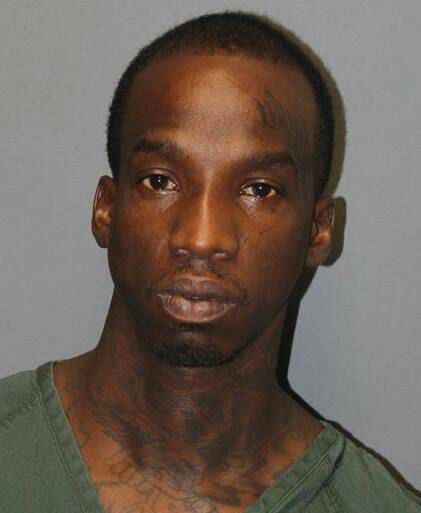 WILKES-BARRE – A package of cocaine shipped from Panama was intercepted and delivered to a Wilkes-Barre address where federal and state law enforcement conducted a raid Thursday afternoon.

According to court records, Ernesto Robert Richards, 36, was arrested after authorities saw him take the package from the driveway at 12 Regent St.

Richards was arraigned Friday by U.S. District Judge Thomas Malloy in Wilkes-Barre on multiple drug, firearm and child endangerment charges. He was booked into the Luzerne County Correctional Facility for lack of $250,000 bail.

According to the criminal case:

A package sent from Panama to an address at 12 Regent St., Wilkes-Barre, was intercepted by U.S. Customs and Border Protection agents at a FedEx facility in Memphis, Tennessee on September 7. An X-ray of the parcel revealed an anomaly and an examination of its contents revealed a large amount of white powder hidden in rugs and several shirts.

The white powder tested positive for cocaine, the complaint said.

Authorities replaced the cocaine with dummy material and delivered the package to the Regent Street address.

An undercover state police officer delivered a package to the door of a home at 12 Regent St.

Richards came out of a nearby residence, 10 Regent St., and ordered an undercover officer to leave the package on the front porch at 12 Regent St.

After the package was abandoned, Richards exited his home and conducted a “counter-surveillance in the residential area” before returning to his home, the complaint said.

Another male arrived at the residence and contacted Richards before entering 10 Regent St.

Richards was allegedly seen exiting 10 Regent Street, did another round of the block before returning to the porch, picking up a package from 12 Regent Street and entering his residence.

Agents detained Richards and another man after they left the 10 Regent St. home.

A federal search warrant was served on the residence, where authorities found a bag on the couch, approximately 150 grams of cocaine in three bags, two digital scales, a Taurus .40 caliber handgun, a Smith & Wesson 9mm handgun, a Bryco Weapons .380 handgun caliber and about $11,000, the complaint said.

A .40-caliber handgun was stolen in North Carolina.

A records check revealed that Richards has a criminal record that prohibits him from owning, carrying or possessing a firearm, the complaint said.

During an interview with authorities, Richards allegedly admitted that the crack, three firearms and the money belonged to him.