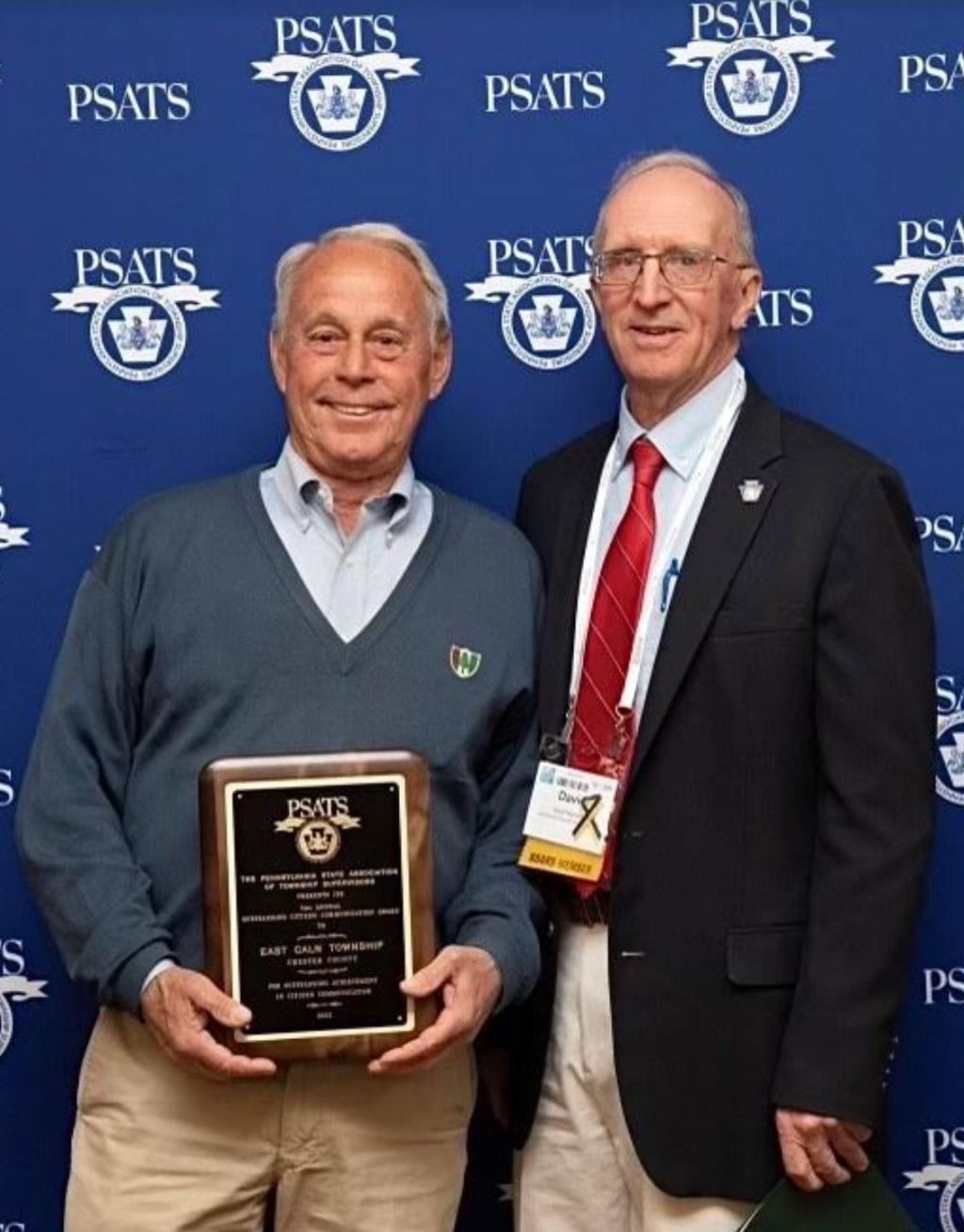 EAST CALN – The East Calne Township has won the top award for Outstanding Civil Communication (population 5,000 and under) in the 54th Annual Pennsylvania State Communication Competition (PSATS). The competition celebrates settlements that have successfully communicated programs and events to their residents. This award will also be given to a township with a population of over 5,000 people (Cranberry Township in Butler County).

In addition to the award for excellent citizen communication, East Caln Township also received two categorical awards, taking first place in the category of “Newsletters, Population 5,000 and Less”, and taking third place for its website.

The competition was attended by all Commonwealth countries in eight categories, including printed and electronic newsletters, state-of-the-art newsletters, other publications, audiovisual communications, cable television programs, social networks and websites. In total, 31 towns presented 102 works at this year’s competition, and 17 separate settlements received awards.

All competition entries were evaluated on the usefulness of the information provided and how well it was communicated to the villagers. The publications were also evaluated for their general attractiveness and readability.

Judges included PSATS staff and city officials who volunteered for the Strength of One Association program.

The Pennsylvania Township Association represents 1,454 second-class Pennsylvania townships and seeks to maintain and strengthen local governance and ensure greater visibility and participation of townships in state and federal political arenas. Second-class towns cover 95 percent of Pennsylvania’s landmass and represent more residents – 5.7 million – than any other type of political unit in the Commonwealth.