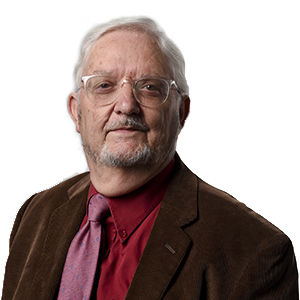 I remember a student in my ethics class saying this when we were talking about the importance of symbols in knowing something. I joked at the time that if she thinks symbols aren’t important, she should take an American flag downtown at noon and burn it in front of a crowd and see how people react. She understood.

We belong to a species that uses symbols to represent what our language cannot fully express. A symbol means something other than the word itself. For example, the American flag symbolizes a country and can evoke strong emotional responses.

One of the great theologians of the last century, Paul Tillich, suggested that symbols open up new dimensions of reality, usually pointing beyond themselves to some deeper reality, often evoking emotional responses. Tillich distinguished between signs and symbols; A sign is often something that points you in the right direction or shows you something, like a road sign.

Symbols don’t die, but they lose their power over time as people give them different meanings. For example, Tillich shows how the Hindu symbol of the swastika was adopted by the Nazi party and is now not commonly associated with Hindu beliefs. Tillich himself escaped from Nazi Germany and moved to the United States.

I began to think about the power of symbols while watching the ceremonies in the United Kingdom for the death of Queen Elizabeth. I was deeply moved by the music, words and drama. I wasn’t much of a constitutional monarchy fan, but I found myself unable to stop watching.

What about the events of the week drew me into the drama?

I have a strong family connection with the UK. My father, who was born in Baltimore, was an American citizen but grew up in England, as were my aunts, uncles and cousins. It is this connection that causes strong emotions.

The Queen represented something to the people, even those who did not support the monarchy. More than a queen, she was a symbol of continuity and tradition, a member of a family that transcended the differences that often separated us from one another. As I watched the scenes from the UK, I wondered if there is a public figure in our country today who deserves such respect, not only for leadership but also for character and morals?

I remember a few years ago my aunt came to us from London. She joked after watching the evening news here that people in our country need to learn to treat each other better. Our test, after all, is whether we can govern ourselves. Lately there have been signs that we are having difficulty with this.

What binds us into a republic, and not just into a collection of individual states? I think this is the same idea that brought our nation into existence – that we can govern ourselves, a theme illustrated in our Constitution and Bill of Rights.

More than 150 years ago, as our republic crumbled during the Civil War, President Abraham Lincoln said this to his secretary: “We must now decide this question, whether in a free government a minority has the right to dissolve the government when it chooses. If we fail, it will go far as proof of the people’s inability to govern themselves.”

We are still trying to forge a more perfect union, the divisions between us threatening to engulf us in an ongoing power struggle. This may be one of those turning points in history when we choose our future.

When commentators say that the next election will be one of the most important in our history, they are right. Either we want to rule ourselves, or we want someone else to make the choices for us.

John C. Morgan is a columnist who writes about ethical issues, both personal and social. His weekly columns appear in this and other newspapers.

Daniel Jones starts against Packers; Kadarius Tony is not making the trip