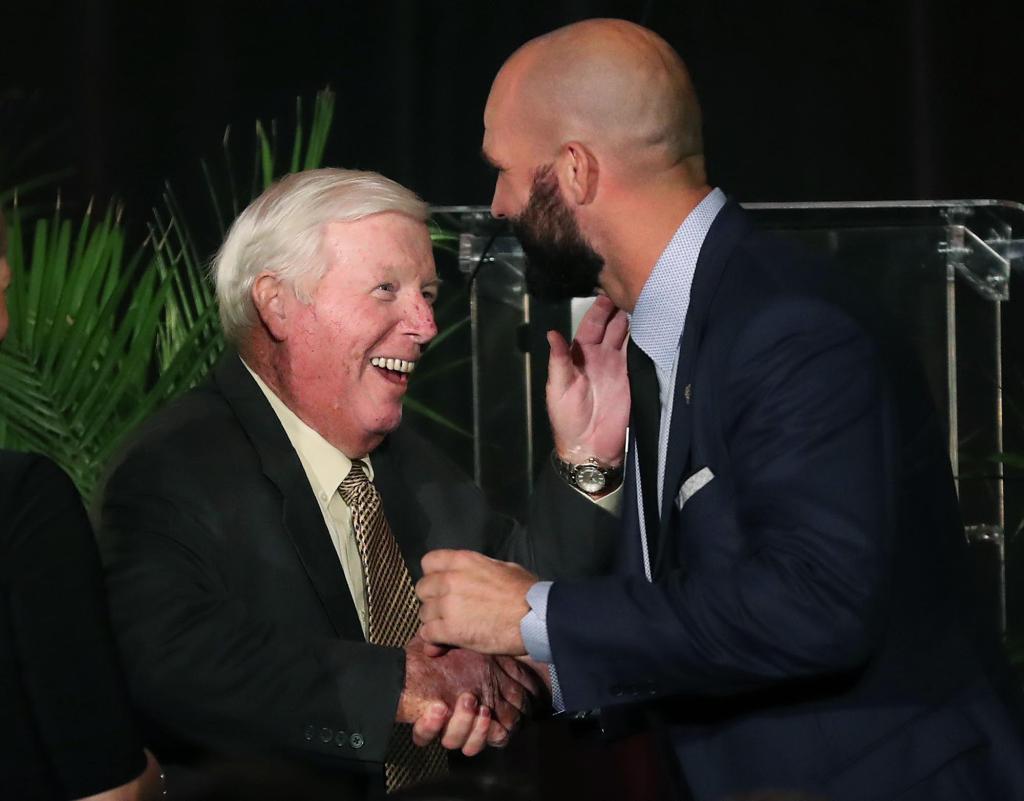 Bortles said Sports in a bar chair that he made the decision to hang up his boots months ago but didn’t tell anyone until this week.

“I haven’t touched a football since January,” said a beaming Bortles UCF before being selected third overall by the Jacksonville Jaguars in the 2014 NFL Draft. “I’m officially retired.”

After becoming the highest drafted Knight in program history, Bortles spent his first five years in Jacksonville. In 2015, he had the most touchdowns (35) and receiving yards (4,428 yards) in a season in franchise history.

In 2017, Bortles led the Jaguars to the AFC Championship, one game short of the Super Bowl.

Jacksonville, however, moved on Bortles after the 2018 season after he went 3-9 at quarterback.

Bortles also spent time with the LA Rams, Denver Broncos, Green Bay Packers and New Orleans Saints. He has not played in an NFL game since 2019.

Last year, Bortles, who attended Oviedo High, was induced into the UCF Athletics Hall of Fame.

He was the American Athletic Conference Offensive Player of the Year as a senior in 2013 and led UCF to its first AAC championship that year.

“I didn’t think I’d ever play college football,” Bortles said at the time. “I wasn’t thinking about what I was going to eat next, so I didn’t have those goals for the future in my head.”

Despite being retired, Bortles told the podcast that he would return to the field if offered a $15 million contract.

“I am completely confident in my decision,” he said. “I mean, if someone was stupid enough to offer that kind of money, it would be hard to pass on.”

He’s done with football for now. And still pays attention to his alma mater.

“It was incredible to watch,” Bortles said last year. “The evolution of the program and how it’s changed, how the whole campus has changed, the city around it … it’s a whole different place.”