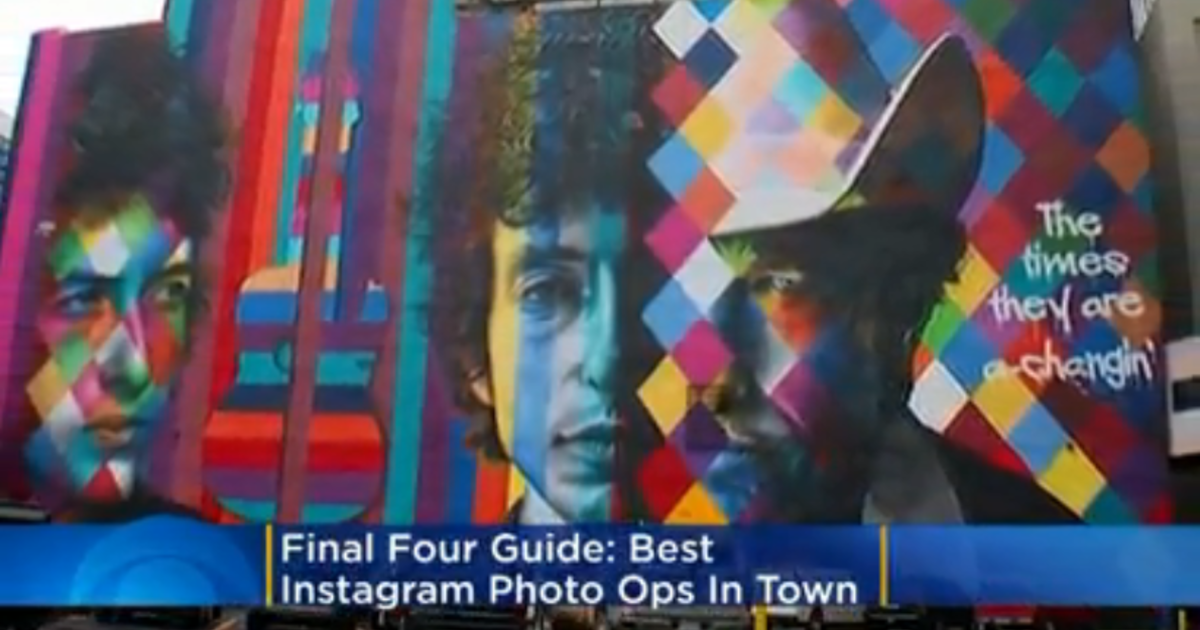 
MINEAPOLIS (WCCO) – Most travelers don’t leave home without smartphones uploaded to Instagram, mostly for fear of missing the opportunity to show their followers the fabulousness they lose. In the coming days, thousands of Final Four fans will head to downtown Minneapolis, and you better believe the filters will work. Here without much order we choose the best photos on Instagram in the city.

1.) Viking Ship Stadium of the Bank of the United States
401 Chicago Ave.
To take this picture, you don’t have to stray far from all the action of “Final Four”. Located near the corner of Chicago Avenue and South 6th Street, US Bank StadiumHeritage ship“is a spectacle, complete with a curved sail with a video screen.

3.) A fresco by Bob Dylan
1 S. 5th st.
Immortalized one of Minnesota’s favorite sons a towering fresco that captures the eye Brazilian artist Eduardo Cobra. “The times they are a-changin ‘” is only a few years old, but it is fast becoming one of the most valuable works of public art of Minneapolis.

4.) Schmidt’s musical fresco
88 10th Street
Speaking of Minnesota’s favorite sons, the Prince inadvertently staged Schmidt’s musical fresco on the map thanks to a iconic 1977 photograph taken by Robert Whitman. Prince, who was only 19 at the time, was on the verge of capturing the music world. By the way, the transcription on the wall is, of course, an excerpt from Maurice Ravel’s Gaspar de la Nui.

5.) First Avenue
701 N 1st. ave.
Another Minneapolis attraction to which the Prince has attracted international attention is First Avenue. The concert venue, which until the early 70’s was a bus station, has an appearance decorated with stars that are filled with the names of more iconic acts that adorned the stage. And the Star of the Prince stands out among all, for she is the only golden one.

A fan of Prince Andrew Silva poses for a photo next to his star near First Avenue (Credit: CBS)

6.) Field gloves
1 Twin Path (at Gate 34)
There are some great Instagram features in and around Target Field, but the most favorite is the huge golden glove. Warning: if you ever arrive in the summer, be careful before boarding to be photographed – it can get very hot!

7.) Guthrie Theater “Amber Box” and “Infinite Bridge”
818 S 2nd Street
Located about three blocks from US Bank Stadium, the stunning Guthrie Theater offers photographers two unique vantage points to take almost 360-degree shots of the Mississippi River and its east bank. The “Amber Box”, located on the ninth floor of the theater, is literally a huge transparent amber box, so feel free to add a filter to the natural room. And “Infinite bridge“below stands over the West River Parkway, creating the illusion of an exit over the Mighty Mississippi.

8.) Stone arched bridge
100 Portland Ave.
Approximately 12 minutes walk from the amusement center of the “Final Four” bridge with a stone arch is a miracle of civil engineering. Built in 1883, the former Great Northern Railway Bridge offers fantastic panoramic views of the river, St. Anthony Falls and both banks.

9.) Cereal belt sign
4 W Island Ave.
The Cereal belt sign on the island of Nicoletta has always been a favorite destination for photographers, but it took only about a year as the sign of the 40s was illuminated again after dark for more than 20 years. LEDs have replaced neon bulbs and incandescent bulbs, but the magic of kitsch remains.