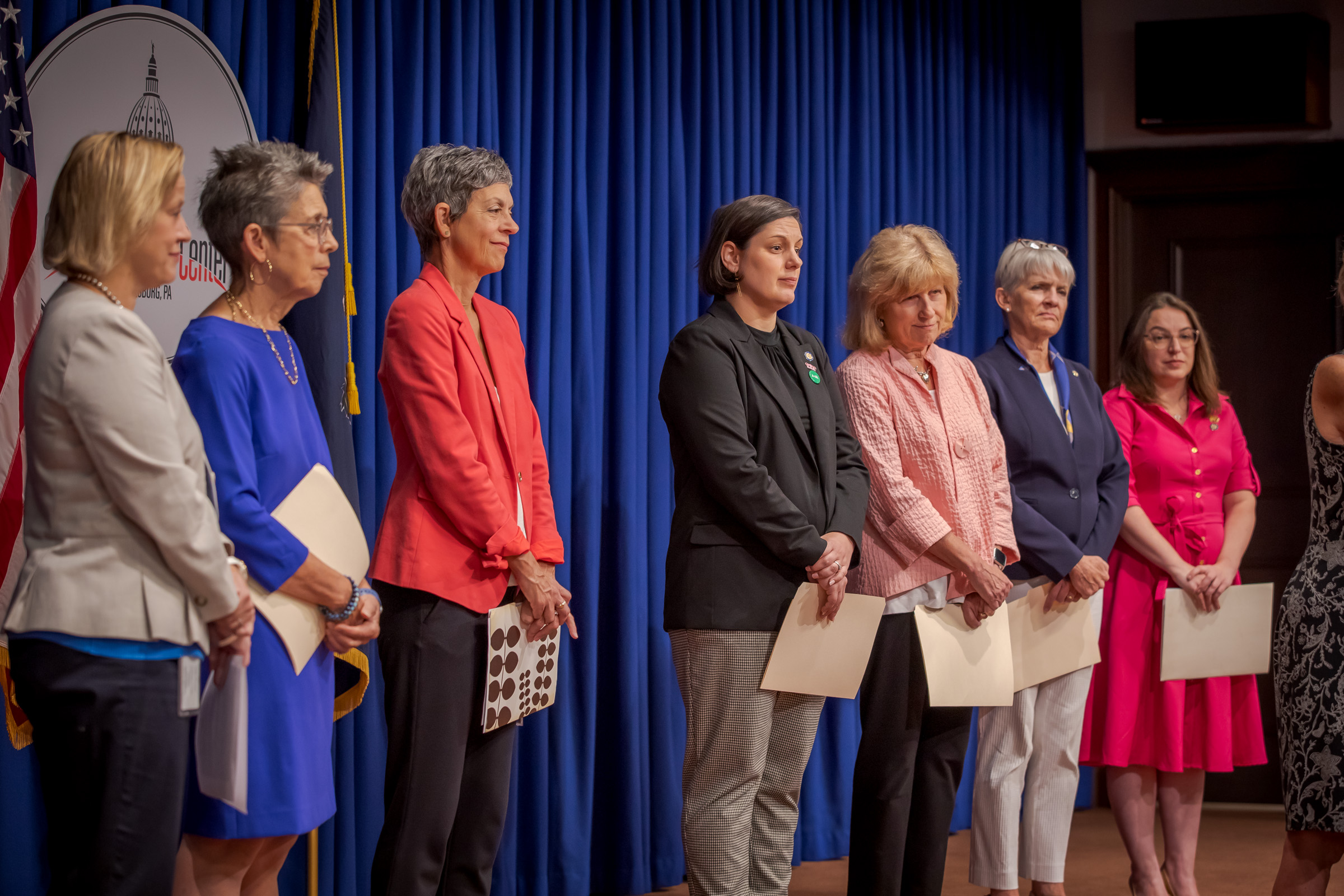 State officials, lawmakers and abortion advocates gathered at the Capitol on Wednesday to discuss abortion access across the commonwealth and highlight the need to address maternal health disparities in a post-Roe landscape that increases abortion bans and restrictions.

“This should not be the case, not in America, not in 2022,” said Sarah Goulet, a special counsel at the Department of Human Services, adding that she was “heartbroken and appalled” by the wave of abortion bans and denial restrictions. and creating barriers to maternity care across the country.

“This type of health care is something we all have a right to no matter where we live. It provides security, dignity and the opportunity to be healthy and flourish,” Goulet said.

While more than a dozen states have banned or restricted access to abortion since the U.S. Supreme Court’s June 24 ruling overturning Roe v. Wade, Goulet said it’s important for Americans to talk about what it’s like to be pregnant in the U.S.

“We need to be clear and honest about the reality of pregnancy and childbirth in the United States,” Goulet said. “In America, we talk a lot about respecting life, but being pregnant and giving birth here is more dangerous than in any other developed country in the world.”

The United States is now the only industrialized country where pregnant women are dying more than they did 25 years ago, according to World Health Organization.

A a recent study The Centers for Disease Control and Prevention found that four out of five pregnancy-related deaths could have been avoided.

Maternal mortality rates have disproportionately affected the births of people of color at the national level and in Pennsylvania.

“We can do better, we have to do better,” Goulet said.

Daley echoed Goulet’s comments, adding that “one of the fundamental injustices of the attack on abortion rights is the grossly inadequate maternal health care network that exists in Pennsylvania.”

“It can be a challenge for women to find quality and consistent care throughout their pregnancy and to access the physical and behavioral care they need after delivery or after the pregnancy ends,” Daly said.

Lawmakers and Wolf administration officials touted the administration Decision from April 2021 participate in the federal Medicaid expansion program, which increased the duration of maternal health coverage from 60 days to one year as a step to address the commonwealth maternal mortality rate 82 deaths per 100,000 live births.

Other state lawmakers have expressed concern about the number of health care providers available to communities across the state.

Delaware County “is now considered a maternal health desert and it’s because of the problems we have with our health care system” said Sen. Tim Kearney, D-Delaware. “Currently, right now, women have to drive as much as 20 miles to get to an obstetrician’s appointment.”

Kearney said the distance between health care facilities and communities, especially in communities of color, can lead to a lack of prenatal and maternity care, as well as a lack of affordable abortion care.

“It is critical to racial equity that we protect reproductive care in Pennsylvania and expand maternal health supports and services for women of color,” Kearney said.

“All Pennsylvanians should feel safe receiving a full range of reproductive, perinatal and maternal care. Together, we will continue to work to better support healthy mothers and babies, families and communities.” State Senator Carolyn Comita, D-Chester, said.

From scratch: In Memoriam by Bob Ray