Todaypennsylvania.com
Home Pennsylvania How many “safe places” really provide security? And to whom? ... 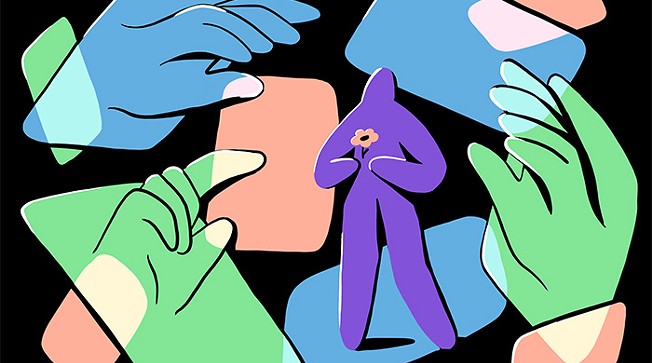 How many times have you been in a room and been asked, “Is this a safe place?” Or you’ve been told that the space you’re in is actually safe.

How many times has this space been safe for you? “Is this a safe place?” is beginning to feel more like a call to the troll patrol to rally than an aid.

“This is a safe space!” A statement I’ve heard all too often but rarely found to be true. In fact, they often are, even if—especially if—they have coworkers, friends, and family members who create an unsafe environment, expecting you to leave a part of yourself behind.

“Safety” and “safety”, like “love” and “love”, are defined by a large number of parameters and social mores. But more often than not, the way we publicly display and provide security and love depends on what things we value and the people we deem worthy of security.

A short trip around the city of Pittsburgh will show you who we really appreciate.

I, for one, remember what it was like to go from growing up in Manchester to visiting a friend’s house in Shadyside. It wasn’t ladies, to be honest. The houses in Manchester are some of the most beautiful in the city. It was all around houses that let me know that my friends, neighbors, family, and I weren’t considered important enough to have nice streets, sidewalks, and clean, safe, and kind access to the places we wanted to go.

“This is a safe space!” A statement I’ve heard all too often, but rarely followed up on how that safe space is provided, what it looks like, or what to do if they don’t actually feel safe.

On the first day of the pre-Covid artist retreat and gathering, we began with what I thought was a promising discussion: “What would make this space unsafe for you?”

I said that as the only black artist, I was concerned that anti-blackness would affect me, either from artists, collaborators, or people coming to see our work. On that first day, people nodded their heads in agreement and understanding, convinced, like many non-black people, that they weren’t actually an ounce of racist.

Well, of course, slowly, surely, Anti-Black came out – once, twice, three times. When I voiced my concerns, reminding people of my earlier comments about what might make this experience unsafe for me, the white tears started to flow. Of course, I finished residency, worked and kept moving. Like us.

A year or so later, the head of the organization wrote me an email. “I’m so sorry I finally understand what you mean.” All I could do was say, “Thank you. I’ve been waiting so long for you to say that.’

It certainly didn’t improve the experience I already had. But maybe, just maybe, it would be better for the next black artist.

“This is a safe space!” There are entire organizations and elements of society that even have “security” in their name. How many of them actually provide security? And to whom?

Because, you see, there are too many of us — poor, disabled, black, brown, women, queer; basically, anyone whose presence as a lead in a Marvel or Disney production would bring out the troll patrol – isn’t considered safe. And when our safe space is violated, we are told it is because of something we have done. That we deserve our precarious position, especially when we challenge or question the white patriarchal capitalism in which we all swim.

Safe spaces are created when we provide the most for the least safe among us. But the way we live and suffer now is because politics was shaped by those who benefit most from injustice. Or from those underprivileged, disabled, black, brown, women, and queer people who support injustice with the hope of receiving benefits. Spoiler alert: these “advantages” won’t happen.

When you continue to cause the greatest harm in the name of the safety of the few, you are making it very clear, “Actually, we like it that way. We like that people are in constant trauma because of state violence. We want to perpetuate it in this office, in this museum, in this school, in this organization, in this neighborhood, in this city, in this house, in our hearts and minds, yes, we love this dangerous space.”

And then you say, “This is a safe space!”