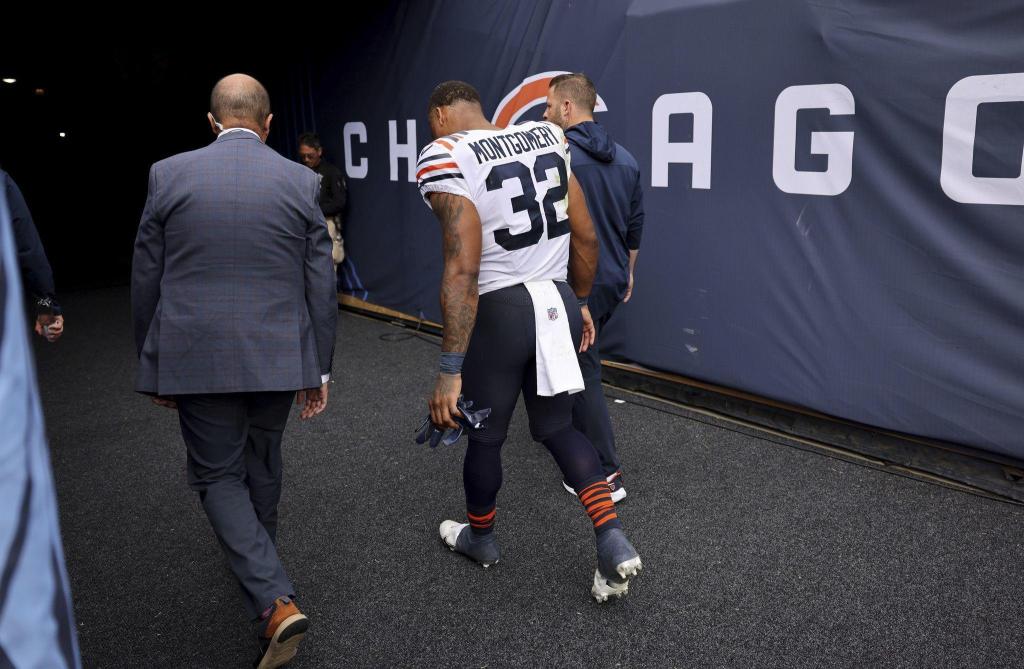 The Chicago Bears returned to practice Wednesday in Lake Forest, looking to rebound from Sunday’s 20-12 loss to the New York Giants. The Bears will be on the road again in Week 5, heading to Minnesota to play the Vikings on Sunday afternoon. Here are four things we learned at Halas Hall.

1. Jaylon Johnson’s extended absence is cause for concern heading into a game against one of the league’s most dangerous receivers.

Johnson suffered a quadriceps injury during Thursday’s practice in Week 3 and has not returned to the practice field since. He stayed out Wednesday as the Bears monitor his recovery, keeping their fingers crossed that he can give them something against Vikings star Justin Jefferson.

“Anytime you can get a player that good back that can cover well (that’s a big one),” coach Matt Eberfluss said. “It would be nice if we could do that. Again, it’s day by day. Let’s see where it is.”

In Johnson’s absence, the starting trio of cornerbacks the past two weeks has consisted of rookies Kyler Gordon and Jaylon Jones and third-year veteran Kindle Wilder. Eberflus and his defensive staff are working to formulate a game plan that gives due consideration to Jefferson as an elite game-changer while also respecting the rest of the receiving corps, the rushing attack led by Dalvin Cook and Alexander Matheson and the Vikings’ running game.

“It’s obviously a big problem,” Eberfluss said. “That’s always something you have to weigh. You have to do certain things to double and stop (Jefferson) and bring guys down and do all the things you do to (protect) the No. 1 receiver. It’s always a balance. You have to choose when you do it. But it must be done.”

Jefferson ranks fifth in the league in catches (28) and receiving yards (393).

2. The Bears are looking for quick solutions in their red zone.

The 0-for-3 effort in the red zone against the Giants was disappointing, especially after the Bears scored 5-for-7 touchdowns in those opportunities through the first three games. Also, late last week, Eberflus stressed that the team’s red-zone-focused practice on Friday went smoothly and efficiently.

“This league is all about scoring touchdowns,” Eberfluss said. “We need to improve this percentage. Again, practices just need to be translated. It was good with red zone practice. We have good schemes there. Now it just needs to be translated into the game.”

Justin Fields was vague when asked for a recipe for improving production in the red zone.

“It’s just a punishment for a crime,” he said. “That’s basically it.”

The Bears are 23rd in the NFL at 50% red zone efficiency. The Vikings defense ranks 27th overall, allowing a touchdown on 72.7% of opponents’ red zone trips.

3. Eddie Jackson’s continued resurgence has provided a spark for the Bears’ defense.

Jackson’s fourth-quarter interception of Giants quarterback Tyrod Taylor was his third pick in four games, a surge in production after going all of the 2020 and 2021 seasons without a pick. Since the opening of training camp, Jackson has practiced with purpose while feeling more free in the second phase. And earnings in early 2022 were encouraging.

Eberlfus said Wednesday that Jackson is “hitting it up” and attributed the production to the investment in the sixth-year safety during training camp.

“Man, he worked,” Eberfluss said. “He never missed a day. If he is, I don’t remember. He is in the best shape of his life. He really believed it.

“He shoots great angles. He is doing well. It’s obvious that he handles the ball and understands a lot of the field. The other day he was shining well. It does everything you ask for security.”

4. Running back David Montgomery is not yet ready to resume practice.

Montgomery injured his right ankle in the first half of the Bears’ Week 3 win against the Houston Texans and sat out Wednesday. In addition to Montgomery and Johnson missing practice, cornerbacks Jaylon Jones (illness) and Dane Cruyshank (hamstring) also did not participate. Matt Adams (hamstring) and Ryan Griffin (Achilles) were limited.