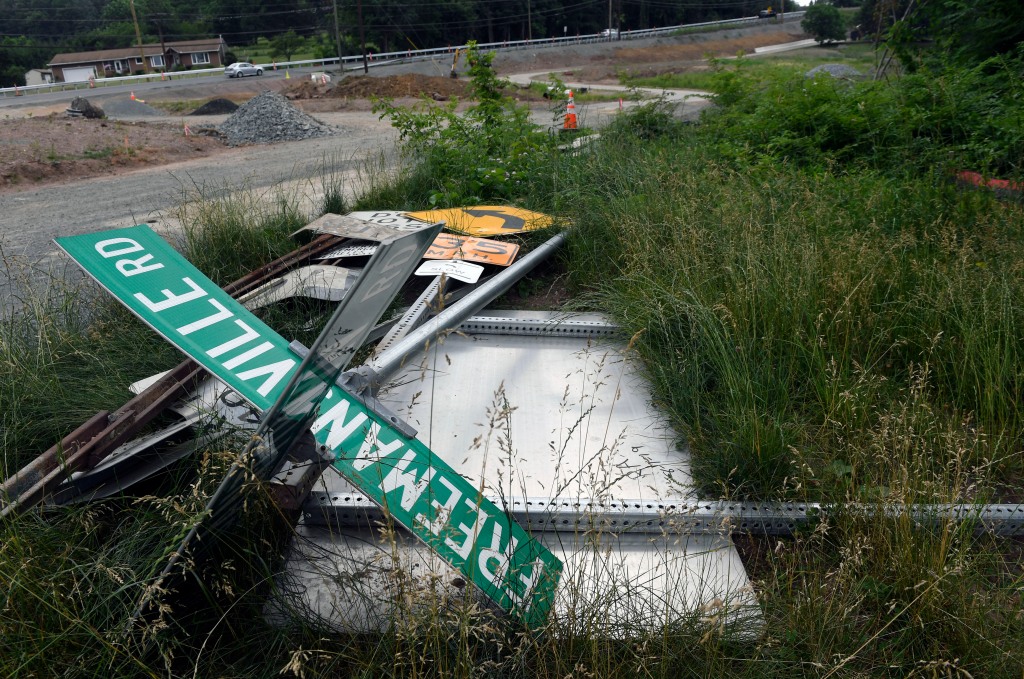 A citizens group opposing plans to build a 739,000-square-foot warehouse on vacant land at Freemansville Road and Route 10 in Kumru Township has filed a legal challenge to a 2018 zoning change that allowed warehouses on the 171-acre site.

The group, made up of residents of Flying Hills and nearby developments, as well as representatives of several local businesses, including Penske, has been openly challenging plans for the $80 million warehouse and distribution center since developer Northpoint LLC., of Riverside, Mo. , filed plans in May.

The township’s latest meeting on Tuesday was set for a possible final decision on the board of commissioners’ plans afterward the project committee’s recommendation to reject the project for road safety reasons.

But that decision was delayed last Friday — along with any formal discussion of the plans by township commissioners — after lawyers with Penske and a citizens group filed a challenge to the validity of the township’s 2018 decision to rezone the warehouse site from rural conservation to industrial.

At a preliminary meeting on Sept. 12, Penske spokesman Mike Duff issued a fiery statement against the warehouse and said Penske — Berks’ fourth-largest employer with headquarters less than two miles from the proposed warehouse — “will reserve all of its legal rights going forward. »

Penske appears to have made good on that threat, along with Glenn Emery, Diane Bonacorsi-Moody and several other high-profile members of the civic group, who are arguing in a lawsuit that rezoning the lot amounts to illegal “spot zoning.”

“We feel that by doing this challenge, we want to bring to the public’s attention what was going on (during the redevelopment),” Emery said.

In that case, a state court defined spot zoning as setting aside one parcel for a different use of similar surrounding land, for the economic benefit or detriment of the parcel’s owners.

A state court called spot zoning the “opposite of zoning” because it treats one parcel unreasonably differently than surrounding land.

The Kumru Township rezoning was done in April 2018 in response to a request from the site’s owner, Mail Shark, without following the proper review procedures that make it a hallmark of spot zoning, the legal challenge alleges.

The challenge says the reconfiguration benefited Mail Shark and caused economic damage to the entire community.

Mail Shark’s plans to build its own warehouse on the site fell through during the pandemic and it has yet to complete the sale of the Northpoint site.

The zoning change also qualifies as spot zoning, the challenge states, because nearby lots are not similarly zoned and the zoning change is inconsistent with county and local joint comprehensive plans for the area.

Additionally, the claim says the township failed to consider the rezoning’s impact on the environment and citizens’ right to fresh air and clean water, making the zoning change a violation Environmental Rights Amendment to the state constitution.

According to township officials, the authority has postponed all formal discussions of the plans until the issue is resolved.

The first step in a challenge is a hearing at the Township Zoning Board of Hearings.

That hearing will likely take place in November, according to Township Manager Jeanne Johnston.

Depending on the outcome of the hearing, the challenge may continue in the Berks County civil courts and then in the appellate courts, according to resident group.