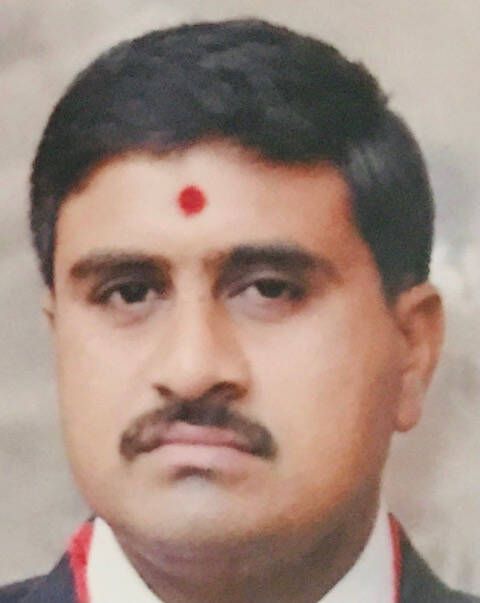 The family of a clerk killed during a robbery two years ago is suing, alleging he was at risk because illegal slot machines at the Hazleton store where he worked fueled violent and criminal behavior.

Ashokkumar Patel had been working at Craig’s Food Mart on West Broad Street for less than a week when he was cornered in a closet and shot in the head on the night of December 12, 2020. Patel, 50, was able to crawl to the counter and call 911 before he died.

The lawsuit said accused killer Japheth Rodriguez had lost a significant amount of money at the machines that day and returned to the store after being threatened by a drug dealer over a debt. Rodriguez took at least $7,000 in cash from the store, the lawsuit states.

Since his arrest in January 2021, Rodriguez, 42, has been held on bail at the Luzerne County Correctional Facility on charges of murder, robbery, burglary and theft. His trial is scheduled for April 24, 2023 in the District Court.

The pending civil suit was filed Tuesday in Philadelphia County, where many of the more than 25 defendants, including Sunoco LP and slot machine manufacturers, do business.

Attorney Robert Zimmerman, of the Philadelphia firm Saltz Mongeluzzi & Bendesky PC, who represents Ashokkumar Patel’s family, said he believed the lawsuit was the first of its kind.

“I don’t think this will be the last of its kind,” Zimmerman added.

The lawsuit was filed seeking more than $50,000 in compensatory and punitive damages for the family on claims including negligence, wrongful death and strict product liability. But it’s also about making “people aware of what this hazard is doing to society,” Zimmerman said. Visitors to stores that have illegal slot machines can also be at risk, he said.

“For too long, these so-called ‘games of skill’ slot machines have been allowed to insidiously rake in tax-free gambling revenue at the expense of vulnerable people across Pennsylvania,” the lawsuit states.

The lawsuit says the slot machines, commonly known as skill games, are not licensed by the Pennsylvania Gaming Control Board and are illegal under state law. They are located in stores or businesses that lack the security measures that exist in licensed casinos.

The lawsuit alleged that the slot machines created “soft targets” with large amounts of cash to be paid out to players by store employees. The lawsuit listed statewide reports of armed robberies and violent acts, and noted that in 2020, the Hazleton store where the fatal shooting occurred was robbed by a man who threatened to have a gun.

“Simply put, where these ‘game of skill’ machines are, violent crime happens,” the lawsuit said, listing the events leading up to the fatal shooting to back up the claim.

The lawsuit said Rodriguez had played the machines before and had come into the store that night with the intention of stealing money he knew was kept on hand to redeem vouchers issued to machine players.

The lawsuit said the defendants had no safety plan and failed to address the dangers of illegal gambling to innocent people at the store, including Ashokkumar Patel, who is survived by his wife, two daughters and a son.