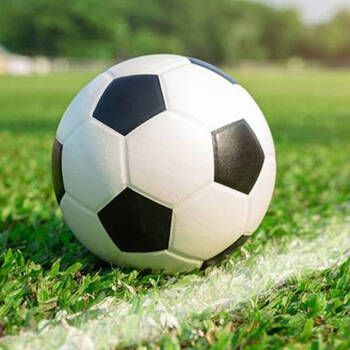 After a frantic second half, Fabrice Gacinzi scored the game-winning goal in overtime to lead Pittston Area to a 3-2 victory over Hanover Area on Tuesday in a Wyoming Valley Conference boys soccer game.

​​​​​​​Although the half was scoreless, both teams opened fire in the second half as Matt Griffin put the Hawkeyes right out of the locker room.

The Patriots answered with a pair of goals by Gavin Wolfe and Jose Ortiz to take the lead, but Jan Kunetz tied the score near the end of regulation to send the game into overtime.

Ortiz Gacinci assisted on the game-winner, adding his assist on Wolfe’s goal. Kunets and Tristan Imam had assists for Hanover Zone.

Mark Atherton scored all three goals for the Royals and went close twice in the tie-breaker to give them the lead, but both times the Black Knights responded to draw level.

Atherton’s third goal came early in the second half and Redeemer went up 3-2. But Cole Kaiser countered Lehmann less than a minute later to make it 3-3 with the rest of the game.

Cole Kaiser added an assist on Evan Kaiser’s first-half goal to make it 2-2 at halftime. Ahmad Dabshe also scored for the Black Knights.

Tomas Iskra and Matt Swartz each scored twice in the first half for the Blue Knights 5-0.

Owen Rowlands scored a goal and Owen Stratanski scored in the second half. Rowlands added a pair of assists.

Erika Serafin scored late in the second half as the Wolfpack overcame a 1-0 halftime deficit to beat the Spartans.

Isabel Sikora scored shortly after the break to make the score 1:1. Angelina Mendola made 16 saves.

Emma Suchoski opened the scoring in the 14th minute and closed it out with a second goal in the 50th for the Comets.

Ella Brady, Ellie Decker and Kyra Dougherty also scored for Crestwood, while Emma Shelosky had a pair of assists.

Peyton Parker got things started after a scoreless first quarter and Mia Fino scored twice to lead the Royals.

Sean Murphy struck out 39 and the Bulldogs’ depth helped them to a one-shot win on the road at Huntsville.

The Hawkeyes’ Nick Shiel took home the medalist shot of 46. He was followed by Aiden Materna, Darius Bahinski and Gavin Thomas.

The Cougars girls team picked up their first win by beating North Pocono in Sugar Loaf.

The Trojans’ Gwen Powell was the runner-up with a 40.

Ella Richards recovered from the first set loss to win at No. 3 singles to help the Comets to victory. Hannah Ziegler and the teams of Madison Van Gorden/Samantha Olszyk and Julia Glowacki/Olivia Jardine also won for Crestwood.

Patrick Sipero scored late in the first half as the Cougars earned a road tie.

Zach Hammond and Dalton Alexander teamed up for a win at first doubles and then dominated at first and second singles, respectively, to give the Cougars the victory.

Brett Herman led the field with a 78 as the Cougars defeated the Monarchs at Irem Golf Club.

Tyler Fox shot an 81, the best of the round for the Monarchs.