Todaypennsylvania.com
Home Pennsylvania Mike Preston: The Ravens secondary continues to be a major problem in... 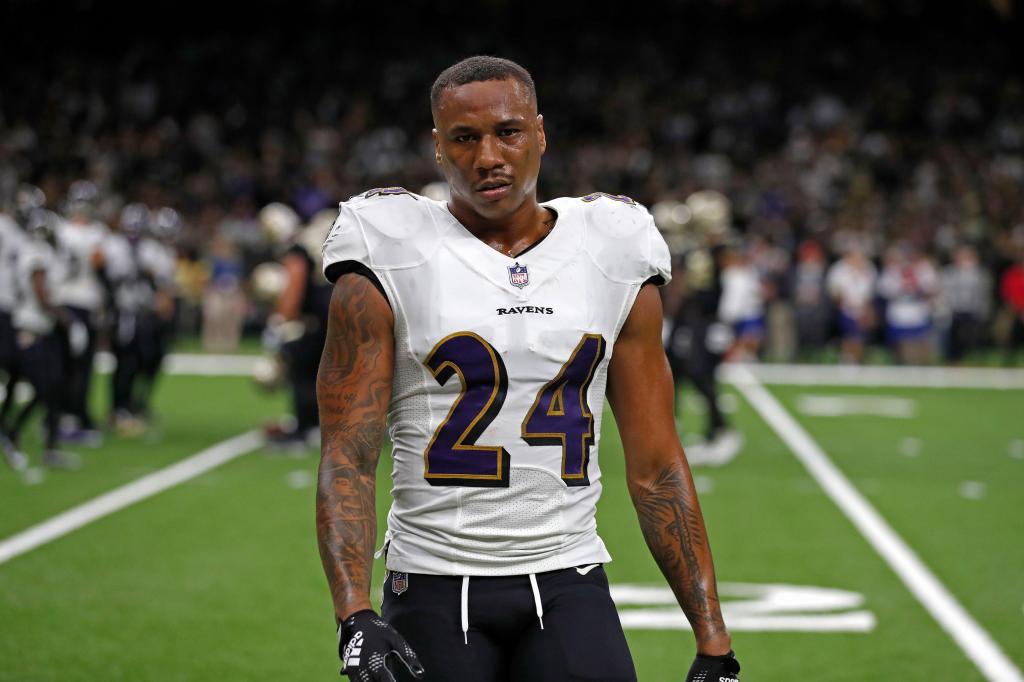 When the Ravens take on the Carolina Panthers on Sunday, they’ll look to solve their second-biggest problem in the second half of the season.

They’ve already made their No. 1 priority, finding an identity as a running team. Now they have to work on improving their pass defense, which went from worst in the NFL to just 28th this week.

Allowing 258.8 passing yards per game is too much. The Ravens (6-3) may not get much of a challenge from Carolina (3-7) and highly touted quarterback Baker Mayfield, but the second half of the season should be about more than just winning at lightweight.

The Ravens should also prepare for the playoffs when they potentially face top quarterbacks such as Patrick Mahomes of the Kansas City Chiefs, Josh Allen of the Buffalo Bills, Tua Tagovailoa of the Miami Dolphins, Justin Herbert of the Los Angeles Chargers and even Russell Wilson of the Denver Broncos.

“Yeah, it’s an interesting process to go back and see how you’ve developed over the first eight or nine weeks,” Ravens defensive coordinator Mike McDonald said. “There are definitely things you feel. What we do well, we try to emphasize it and build on it. There are some things we’ve learned we’re not so good at, so we want to stay away from them.

“And there are some things that we’re not good at that we need to improve on. So that’s kind of what the whole process is about, and just making sure we have the right guys in the right places, how we kind of turn the corner here in the back half.”

The Ravens quickly realized their rookie class wasn’t ready to make an immediate impact. First-round safety Kyle Hamilton and fourth-round cornerbacks Jalin Armour-Davis and Damarion “Pepe” Williams were given opportunities to play in nickel packages, and all three struggled.

Hamilton had trouble tackling despite​​​​his 6-foot-4,221-pound frame. Opposing teams began picking on Armor-Davis so often that coach John Harbaugh sat him after the first quarter of a Week 3 win over the New England Patriots. Williams has been up and down.

Harbaugh gave them a timeout and some time.

“It was probably the same things we’ve been working on, just in terms of doing things the right way, being in the right place and having our eyes in the right place and all that stuff,” Harbaugh said. “Obviously we’ve cleaned up a lot, but you’re only as good as your next performance. We were young; the guys who made mistakes were rookies, so to speak.

“He once said to Bill Parcells — and I don’t agree with this from a math standpoint, but the point was right — he said, ‘For every rookie you start, you lose one game.’ That was the old Parcells deal, Harbaugh said. “It’s tough; the game is different, especially on the back end, especially on the line of scrimmage. Those guys have a lot to deal with, so we made some mistakes. No one got mad at those guys, they’re not on their own and [we] mostly it just requires them to try to do the right thing.”

The Ravens adapted. Depending on the matchups, Hamilton and Williams, along with cornerback Brandon Stevens, alternate at the fifth defensive back and play in the dime. Hamilton has improved his game significantly, while Armour-Davies continues to recover from a hip injury.

But the Ravens still have other problems to solve. Starting cornerback Marcus Peters, 29, has lost a step, and his lack of recovery speed has become a problem in combination with his style of looking behind and sitting on routes. After the win over the Ravens, the Dolphins and New York Giants receivers said they plan to attack Peters in one-on-one situations.

Stevens is tough and better suited to play safety rather than corner. It will be interesting to see if more teams try to get Hamilton in matchups with the No. 3 receiver instead of the tight end.

Marlon Humphrey, the other starting cornerback, also doesn’t have great speed, but looks solid. He is better inside where he can be more physical. He is one of the best forwards of the Ravens.

“I don’t really have a preference. Whatever the game plan is and whatever the coaches want, I go,” Humphrey said. “But it’s fun to play inside, especially when you have to beat some guys. When you’re on an island, you can only be so aggressive, so it’s a lot of fun to play him, take your little midfield position and try to fulfill your inner “PQ” [Patrick Queen] and “ro” [Roquan Smith].”

Unlike previous years, the Ravens have a decent pass rush that limits exposure for the cornerbacks. Veteran defensive end Justin Houston leads the team with 8 1/2 sacks, while Queen and linebackers Calais Campbell and Justin Madubuike each have 3 1/2. Houston, Campbell and Quinn also combined for 25 defensive tackles. Those numbers should increase as outside linebackers Tyrus Bowser and rookie David Ojaba continue to recover from Achilles injuries.

But there is also a downside. Veterans like Houston, Campbell and Jason Pierre-Paul can only stay healthy for so long. They seem to play one or two games, then miss two or three due to injury. It won’t work in the postseason.

At this point, the Ravens have eight games to work on, and the soft schedule should allow for some experimentation.