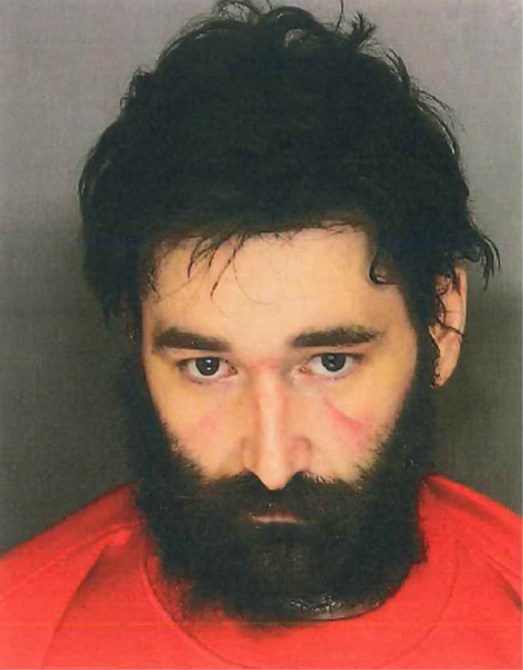 WESTERN CHESTER – A jury is widely believed to have handed down a mixed verdict in the case of a man from East Goshen who fired several pistol shots from his home when a police squad tried to force him to surrender in a confrontation that resulted in him being wounded by sniper fire.

A jury of seven women and five men pondered for more than eight hours Friday night before returning to the courtroom at about 10 p.m.

The panel found him not guilty on the most serious charges, three counts of attempted first-degree murder against three officers who had gathered near his home on Cornwallis Drive and who, according to the indictment, had been shot by them. . direction.

None of the officers of the West Chester Regional Rapid Response Team (ERT), who responded to the call for confrontation with Buxton, were injured in the incident.

The verdict came as a victory for the defense, which claimed during a week-long trial that Buxton, a veteran of two Iraq war suicides, had committed suicide and wanted officers to kill him, not the so-called “police suicide.” If he was found guilty; he would face a maximum sentence of 20 to 40 years for each article.

But the 36-year-old Buxton, who failed to testify in his defense during the trial, was also found guilty of 12 counts of aggravated assault – three of them face up to 10 to 20 years in prison in a state prison and the rest a maximum of five to 10 years. The prosecution claimed that Buxton expressed hatred for the police, calling them “murderers”, and knew that the shots he fired at them could result in death or injury.

Jurors, who heard four days of testimony in court, mostly from officers who were part of the ERT at the scene, told Rovita that they could not reach a unanimous verdict on other charges of aggravated assault and assault on police officers. which also required serving in a state prison.

They also found him guilty on two counts of terrorist threats against his mother and sister, who called police on the day of the incident to tell them he was prone to suicide and murder, and threatened to kill them and police.

The district attorney’s office is now deciding whether to re-try Buxton on the charges on which the jury did not pass a verdict, or drop the charges and move on to sentencing. Prosecutors who conducted the case, First Assistant District Attorney Michael Barry and Deputy District Attorney William J. Judge Jr. did not address the issue in a statement issued after Friday’s sentencing.

“We respect the jury’s decision,” the couple said in an email. “We will have no further comment as the case remains open on serious charges.”

Buxton’s attorney, Joseph P. Green Jr. of West Chester, was relieved that his client had been acquitted on the most serious charges.

“We were delighted that the jury acquitted Stephen Buxton of attempted murder, and unanimously agreed that he never intended to kill a police officer,” said Green, who was hearing the case with co-counsel Elizabeth Redmond. “We appreciate how hard the jury worked to try to reach a full verdict.

“This is a sad case for all participants,” he added. “We will continue to do our utmost to get Mr. Buxton the help he needs.”

The 36-year-old Buxton appears to be suffering from post-traumatic stress disorder, drug and alcohol abuse and was suicidal in the months leading up to the incident, according to statements from members of his family contained in court documents.

He served in the military during two combat tours of Iraq as part of the Army National Guard, during which he was awarded the Iraqi Campaign Medal with two campaign stars and the Global War on Terrorism Medal. After the service Buxton was proudly dismissed and returned to his mother and sister in East Goshen.

On the day of the confrontation, February 11, 2021, Buxton did not drink all day.

According to his mother, he mixed alcohol with over-the-counter drugs, which probably exacerbated the effects of post-traumatic stress disorder, which his sister said he had suffered from since he suffered a head injury during two battles. served in Iraq.

During the day Buxton became increasingly agitated and argued with two women – mother Susan Kos and sister Catherine Kos-Buxton, and at some point in the afternoon he crossed the line and said he would shoot them with a .45 Glock semi-automatic pistol he kept in at home.

He also threatened to shoot his father, who lived apart from them, and that if and when police came to the house to arrest him, we would “take them away,” Buxton told the women.

“He said he wanted to” fall into the flames of glory, “Kos later told police.

Buxton allegedly fired 13 pistol shots at tactical police officers who had gathered near the house after responding to an emergency call from Kos and Kos-Buxton about his threats. The arrows made from the front door of his house did not hurt anyone, but endangered the lives of employees, according to a criminal case filed by the investigation, as well as people who were in the houses in silence. neighborhood west of East Goshen City Park.

He was shot twice by a police officer near his home on Cornwall Drive before being taken into custody.

The case is similar to a former man from East Vincent who shot at other members of the emergency response team during a confrontation near his home for Christmas in 2018. This man, Nathaniel Lewis, was also a military veteran who had emotional problems because of his deteriorating marriage and said he was suicidal. He fired at officers as many as two dozen rounds of ammunition from a strong rifle, and last year was found guilty of numerous assaults.

Ravita, who led Lewis ’sentence earlier this month, sentenced him to 28 1/2 to 57 years in prison.

Green began representing Buxton in December. His previous lawyer said in court documents last May that Buxton’s mental state at the time of the attack did not allow him to know what he was doing at a time when he allegedly fired more than a dozen shots at police officers, which was wrong.