Todaypennsylvania.com
Home Tech Motorola will launch on May 10, 2022; Motorola Frontier and G82... 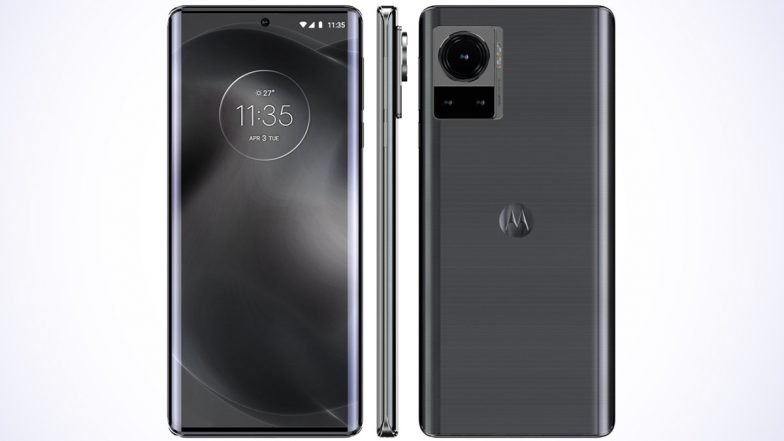 Motorola has confirmed that on May 10, 2022, it will hold an launch event. This was reported by the company through Weibo. The tech giant is expected to release two new smartphones during the launch. Although Motorola did not disclose the name of the smartphones, the report claims that the two phones may be Motorola Frontier and Moto G82. The Motorola Edge 30 Pro is now available for sale via Flipkart.

The Motorola Frontier is likely to have a 6.67-inch FHD + OLED display with a refresh rate of 144 Hz. It runs on the Snapdragon 8 Gen 1+ SoC in combination with 12GB of RAM and up to 256GB of internal storage. It can get an ISOCELL HP1 image sensor at 200 MP and a selfie lens at 60 MP.

It is expected that the device will have a battery with a capacity of 4500 mAh with a wired charge of 125 watts and a wireless charge of 50 watts. On the other hand, the Moto G82 has reportedly been spotted on the TENAA and 3C sites. The Moto G82 is said to have a 6.55-inch FHD + pOLED display with a refresh rate of 120 Hz. It can run on a Snapdragon 695 processor combined with up to 8GB of RAM and 128GB of internal storage. It is likely that the device will be equipped with a battery with a capacity of 5000 mAh with support for fast charging 33 watts.

(The above material first appeared on LatestLY on May 5, 2022 at 5:15 p.m. IST. For more news and updates on politics, the world, sports, entertainment, and lifestyle, visit our website latestly.com).

GV aims to help build a company that can sniff out disease, literally • TechCrunch

Spiritrade Gets Its $2 Million Drink, But From Where?