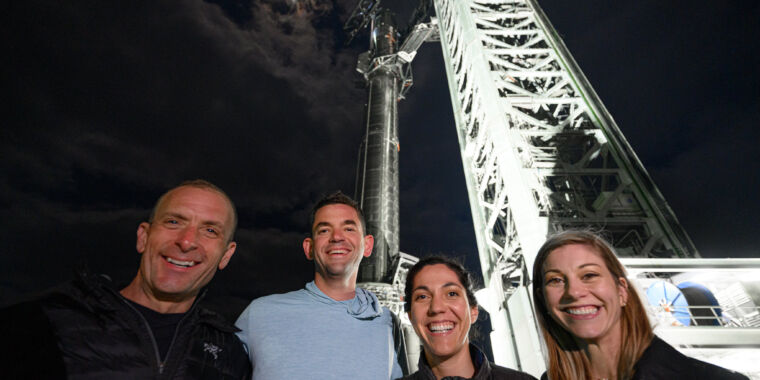 NASA announced Thursday that it plans to explore the possibility of using SpaceX’s Crew Dragon to lift the aging Hubble Space Telescope into a higher orbit.

The federal agency signed a “Space Act Agreement” with SpaceX to conduct a six-month study to determine the feasibility of docking Dragon with the 32-year-old telescope and launching it into a higher orbit. The research is not exclusive, meaning that other companies may offer similar concepts with alternative rockets and spacecraft.

The deal comes after SpaceX and the Polaris program — a series of private missions funded independently by billionaire Jared Isaacs — approached NASA about potential maintenance missions, including the Hubble Space Telescope. Isaacman is the first private citizen to pilot an orbital space flight when he leads a four-person crew aboard SpaceX’s Dragon in 2021. Mission Inspiration4. With Polaris, he aims to push the boundaries of private space exploration. The first Polaris mission is scheduled for March 2023 on Dragon, it will fly to an altitude of 1,400 km, and will also make the first private spacewalks.

It’s possible that this spaceflight experience could be useful for Hubble and possibly a second Polaris mission.

Among the questions that the new Hubble study will answer is the cost of such a mission and its technical feasibility. The main goal is to increase Hubble’s altitude from its current level of 535 km to 600 km, the same altitude it was at when it was first launched in 1990. After the fifth and final maintenance mission in 2009, Hubble was slowly losing altitude, and it is expected that the process will accelerate as the telescope descends.

The telescope’s project manager, Patrick Crouse, said during a teleconference with reporters that in the absence of a re-acceleration mission, NASA may have to launch the propulsion module to the telescope before the end of the 2020s. This would ensure Hubble’s controlled reentry into the Earth’s atmosphere and landing in the Pacific Ocean. A Dragon mission to increase Hubble’s altitude could add 15 or even 20 years to its orbital lifetime, Krause said.

The study will also look at potential maintenance options, but nothing like the detailed instrument replacements and major upgrades performed during Hubble’s maintenance missions with NASA’s space shuttle. Most likely, NASA and SpaceX engineers will evaluate the feasibility of replacing the gyroscopes that control the pointing of the telescope. Only three of the spacecraft’s six gyroscopes remain operational.

None of the officials at the telebridge on Thursday were specific about the costs. No funds will change hands for the research, but if there is a viable way for the Crew Dragon mission to dock with Hubble and augment the instrument, it will need to be worked out. Isaacman is likely to contribute a significant portion of the cost of the mission, as he did with Inspiration4 and the original Polaris Dawn mission. But if NASA wanted one or more astronauts to fly with Isaacman, it seems likely that the agency would contribute some of the funding.

A long debt of history

Such private funding is far from unprecedented when it comes to space exploration. In his book A long space agespace economist Alexander MacDonald notes that of the 38 American astronomical observatories built in the 1800s and early 1900s, 36 were financed and operated largely by private funding.

“American citizens, through collective subscription campaigns and private philanthropy, privately funded the increasingly expensive technology needed to continue exploring the heavens more than a century before NASA or the invention of the liquid-fueled rocket,” McDonald wrote.

In the book, he argues that the future of space exploration may involve a similar level of private investment for both business and philanthropic reasons.

The potential public-private mission is supported by the space agency’s chief science officer, Thomas Zurbuchen, who said he welcomes commercial solutions to help NASA achieve its goals. “We’re always looking at crazy ideas, and that’s what we have to do,” he said. “It’s really compelling.”

NASA will conduct a study and also consider other vendors’ decisions that are in the best interest of taxpayers, he said. But it is not yet clear that another crew vehicle will be able to service Hubble in the near future, and Hubble is running out of time. Each additional year means it sinks further towards Earth, making re-amplification less effective. For NASA, he said, the benefits are clear. Hubble continues to provide the world’s best optical view of the universe, and taxpayers spent more than $10 billion to build and fly it. Zurbuchen wants to increase the value of this investment, especially with the possibility of combining Hubble’s observations with those of the James Webb Space Telescope in the infrared part of the spectrum.