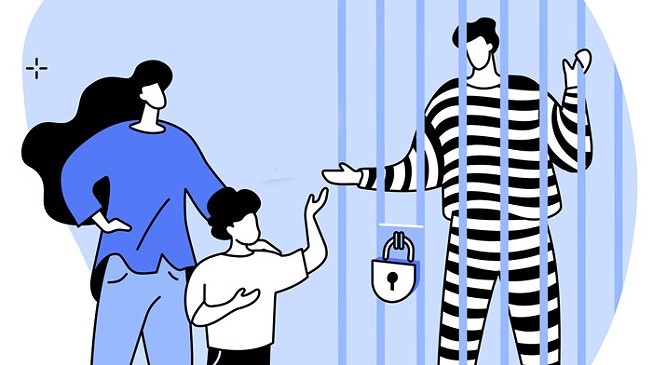 “The audit will examine how these programs are funded and operated, how they identify children in need of services, and measures of effectiveness,” O’Connor’s office said in a release.

Narrated by O’Connor Pittsburgh City Paper The idea to audit programs for children whose parents are incarcerated came about during discussions with local food organizations that focused on how prison nutrition could be improved.

He says some of these organizations have said that solving prison food problems was too much of a commitment for their organizations and instead asked, “What do we think people can invest outside of prison to support their families?” and children and similar things?”

With this audit, O’Connor says he hopes to provide a clear picture of what resources exist for this population so that gaps can be identified and accurate information about existing services can be provided to people who need them.

In Pennsylvania, according to the data Department of Corrections, more than 81,000 children, approximately 3% of all juveniles, have a parent incarcerated in a Pennsylvania state prison. This does not include children whose parents are in a county jail, another state, or the federal system.

Anna Hollis, executive director of Amachi Pittsburgh, an organization contracted by the Department of Human Services to provide trauma-informed assistance to local children of incarcerated children, says it’s important to take a holistic view of the needs of children whose parents are incarcerated.

“When you think about what these kids need, you have to think more broadly about what their families need, because kids don’t live in isolation and they can’t be served without considering family dynamics and needs,” Hollis says. “Furthermore, the whole family is affected when one parent serves a term – especially the custodial parent (usually mum or grandma) who bears the brunt of the financial impact.”

When asked about the needs of children whose parents are incarcerated, Hollis says the focus needs to be on them being accepted as innocent like other children and recognized as individuals to be supported rather than condemned, and a variety of support from financial to mental health and academic needs, and providing safe spaces and relationships in which children can experience and process their feelings.

She also says that children of incarcerated parents need trauma-informed help that can recognize the social-emotional issues behind what may appear to be bad behavior.

“Suspending children — disproportionately black children — is completely ineffective and re-victimizes,” Hollis wrote in an email to City newspaper. “Extensive research has documented that traumatized individuals can become numb or appear oblivious to distressing experiences as a coping mechanism.”

Hollis also referred to a document titled Bill of Rights for Children of Incarcerated Parents. These rights include the right to “be safe and be informed when my parents are arrested”, the right “to be heard when decisions are made about me”, “to talk to, see and touch my parents”, “not to be judged, accused or labeled because of my parents’ incarceration’ and ‘the right to a lifelong relationship with my parents’.

Hollis says the resources the county currently offers to support children whose parents are incarcerated are “grossly inadequate.”

“It would not be the case if a fraction of what the justice system collects from families (court fees, fines, telephone fees, commission surcharges, etc.) was dedicated to supporting children and breaking generations of poverty, racial inequality and conveyor belt from school to prison,” she adds.

While the county Department of Human Services did not respond to a request for comment by press time, O’Connor says DHS is doing a lot to support this population and looks forward to cooperating with the audit and reviewing its findings.

“While efforts at all levels of government to reduce the incarceration of those who pose a low risk to public safety must continue,” O’Connor said in the release, “these efforts to mitigate the impact on child support systems are critical “.