Senior music projects don’t often survive freshman year of college. After two decades together, Olympus Mons is still playing, but has managed to break the mold. The four-piece group celebrated their 20th anniversary last month and recently released another album.

For a band that’s been around as long as Olympus Mons, three albums might seem like an underachievement. Or maybe this is the secret of their long stay together.

“I don’t think we’ve ever had any grand aspirations of ‘make it or break it,'” says bassist Mike Bechtold, who plays in the band with his twin brother, keyboardist Brian. “It was more simple, we enjoy what we do and the experience we get from it. It’s just good friends getting together, making music, sometimes playing it.”

The Bechtolds, along with drummer Kurt Threlfall and singer Mike Umer, formed the band in high school over a shared love of making music. Their last two albums, Olympus Mons in 2008 and Mink hunter’s daughter in 2012created their shoegaze-inspired space rock.

The new album was conceived over three winter days in November 2019 at an Airbnb on Indian Lake in Somerset County. The venue’s icy, bleak atmosphere seeped into their pre-pandemic recording process.

“I’d say more than three-quarters of the album is melancholic,” Threlfall says. “It seemed to foretell what was to come, not just for us, but for the world.”

There are no lights left but the sun builds a stacked group of raucous songs driven by The Cure-esque guitar melodies into a more mature songwriting perspective. Throughout the album’s seven tracks, Ammer hums and wails over steady bass. Think U2 arena rock, but not for a dimly lit dive bar.

The press release for the new album describes Olympus Mons as “quite contained”. personally, Pittsburgh City Paper finds them less introverted than expected as they share stories of college recording sessions fueled by Night Lite beers and post show flyers on light poles in the freezing cold.

Pittsburgh’s music scene looks a lot different than when they first started, and they’ll be the first to admit that they’re behind the times when it comes to social media (they only recently launched their Twitter). But since high school, they’ve focused on simply playing good music.

“I think we’ve been pretty consistent,” Threlfall says. “I don’t think we could have done it with anyone else. It’s either the four of us or nothing.”

The band began playing in clubs and bars on the South Side, shaking hands with promoters and visiting small local venues when they were still 18 and 19 years old. Most of the places where they played were Vavkov, 31str Street Pub, The Rex Theater, Z Lounge—gone up as a new wave of Pittsburgh venues took their place. 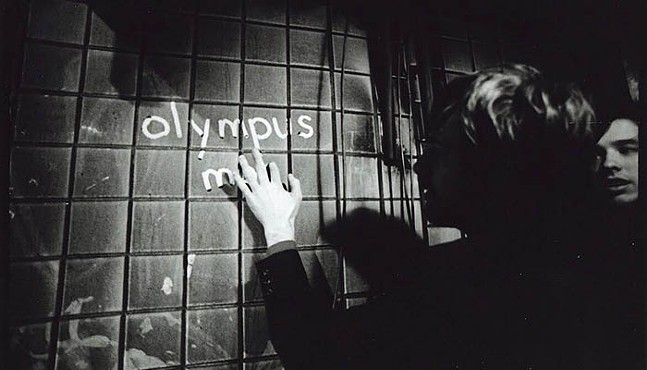 “People still remember those times. It used to be word of mouth,” says Threlfall. “It is difficult for me to adapt to the new. Everything seems to be much more difficult on social media.”

Although the music scene has changed, the band’s chemistry has remained the same.

“We all learned to play together,” says Bechtold. “We’ve had people come over and jam, but it never seemed to match the chemistry. It’s not really the same thing.”

The new album kicks off with “Automate,” a punchy opening track that’s punctuated by Threlfall’s pounding drums. Ammer’s vocals, initially quiet, rise above the song at the end of the chorus, echoing in a swirling guitar sound.

The next track, “The Faintest Sounds”, builds into a haunting guitar melody before segueing into vocals. “If I was the only one/On the bottom of the moon,” Umer sings. The song picks up with a distant wail in the chorus: “The faintest sounds / They shake the earth” serves as an apt metaphor for devastating everyday emotions and a neat summation of the band’s deceptively layered melodies.

Despite the dark aesthetic and heavy sound of Olympus Mons, the album closes with two tracks that look to the future, bright and sharp “We wish you well” and the contemplative “Holy Triumph”. Backed by a quick keyboard riff and accented by Threlfall’s steady drumming on the time-tested Pearl drum kit he’s been using since ninth grade, “A Celebrated Triumph” reflects on conclusions and hard-earned moments of rest with “There’s not lights left but the sun/It’s mine hello/So draw the curtain for a standing ovation.’

Is this the last bow for the 20-year-old band? Little chance. As long as it stays fun, the collaborative music won’t stop for a long time, says Bechtold.

“It’s an amazing thing to get together with friends, just to be a part of something else. To be almost a part of the team,” says Bechtold. “It was never a compulsion for us to do anything. We look forward to seeing that continue.”