Todaypennsylvania.com
Home Uncategorized Pelosi, positive on COVID-19, was in the White House with Biden –... 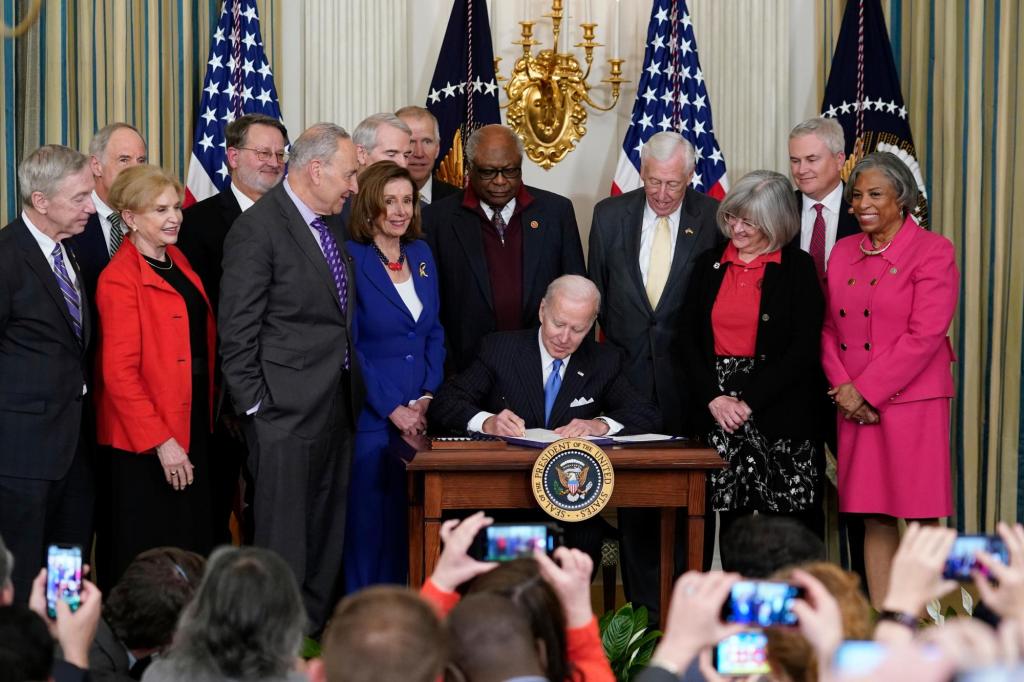 Pelosi received a positive test on COVID-19 and is currently asymptomatic, her spokeswoman Drew Hamill said on Twitter on Thursday. He said her test was negative earlier in the week.

“The speaker is fully vaccinated and is grateful for the reliable protection provided by the vaccine,” Hamil said. Pelosi, he said, “will be quarantined in accordance with CDC instructions and encourages everyone to undergo regular vaccinations, stimulation and testing.”

The White House said Biden and Pelosi had only “brief interactions over the past two days” and that the president was not seen as close contact with the speaker as directed by the CDC – sustained unmasked contact within 6 feet for more than 15 minutes 24 hours a day. period.

“Last night, as part of regular testing, the president was negative,” the White House said in a statement. “He will continue to be examined regularly. The President wishes Speaker Pelosi a speedy recovery. “

The 82-year-old Democratic leader’s announcement came ahead of her weekly press appearance on Capitol Hill, which was abruptly canceled. The house is set to begin a two-week spring break.

Pelosi also postponed the planned trip of the congressional delegation to Asia, which she was to lead.

On Wednesday, Attorney General Merrick Garland and Trade Minister Gene Raymond announced positive tests. Officials were among more than a dozen participants in Saturday’s Gridiron Club night to test positive for the virus. Pelosi was not present at the dinner, her spokeswoman said.

The mayor of Washington, D.C., Muriel Bowser also announced Thursday that she has given a positive result to COVID-19 and will “work from home, following isolation protocols.”

Several lawmakers have announced positive test results and are in isolation.

The CDC says people vaccinated and reinforced against COVID-19 are much less likely to suffer from adverse outcomes, including serious illness and death, compared to those who are not vaccinated.