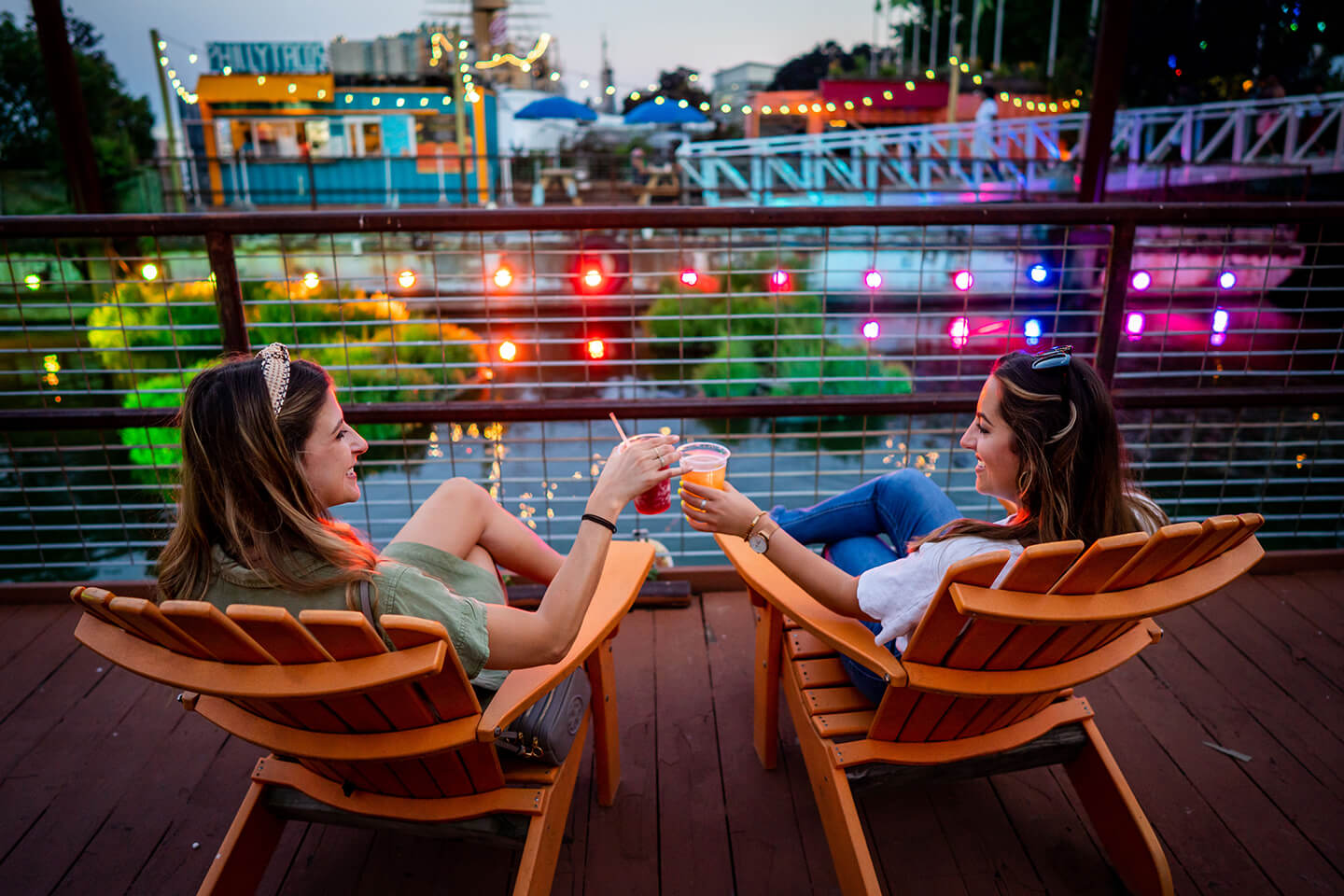 
The diversity and richness of Philadelphia’s greenery comes alive from spring to fall with seasonal beer gardens and attractions that turn parks, streets and many more into entertainment areas.

Spruce Street Harbor Park This unique urban oasis, located on the land along Penn Delaware River Quay. This is a seasonal family park offers countless ways to relax in the summer.

This pop-up has over 50 colorful hammocks hanging around, providing plenty of shaded seating areas along the waterfront. Games such as shuffleboard, bag throwing and life-size chess have lined the sidewalk, as well as several food and beverage vendors such as French toasts, Chiki and PetePhilly Taco and Water ice and ice cream Dre. For a beer or a cocktail, beer floats check garden, where you can cool off with a drink while hanging over the Delaware River on the strong clean rooms. Park incurs magic Wiebe in the evening with hundreds of multicolor LED lights strung on the tree branches. Enjoy the attractions in the park every year, May to September.

TIP: Four embankments hall – complete with its own set of hammocks – and Barge Oasis available for rent for groups.

Blue Cross RiverRink Summerfest – the main outdoor ice rink Philadelphia, located to the north of the park Spruce Street Harbor along the Delaware River waterfront. In addition to ice skating, the park offers games, rides and miniature golf. Entrance to the park is free, and the rides and attractions are paid. Big Lodge offers ample dining room and is home to a number of local suppliers of food products, such as Chiki and PeteAs well as a station that serves a local craft beer and cocktails. In the winter months, the space is transformed into Winterfest – waterfront wonderland equipped with fires, cozy cabins and a large ice rink.

Pop-up experiences along the Delaware River continue north to Cherry Street Pier – a former municipal berth that has been converted into a year-round coastal destination, featuring artist studios, pop-up markets, revolving exhibitions, live performances, and other events. At the eastern end of the pier Garden, The living room pop-up, set up an open-air rooftop pier and overlooked the river with breathtaking views of Benjamin Franklin’s nearby bridge. Managed by TSM Hospitality, the pop-up menu has snacks, salads, sandwiches and sweets, including cocktails and draft beer on tap, as well as cans of beer, wine and soft drinks options. For more information, Click here.

The Pennsylvania Horticultural Society The two pop-up gardens turn wastelands in different parts of Philadelphia into lush outdoor restaurants and drinking spaces filled with blooming flowers, plants and trees. The PHS Pop-Up Garden on South Street can be found on the corner of 15th and South streets in the Graduate Hospital neighborhood and has a beautiful pergola in the center, with food and beverage vendors on each side and plenty of seating. The PHS Pop-Up Garden in Manayunk fills a spacious plot of land near Main Street with more than 2,200 species of plants and trees – including the decade-old olive tree, which was introduced in the 2020s Flower Show in Philadelphia – working garden full of vegetables and herbs, and many outdoor spaces. In both gardens wait for cocktails on botanical themes and rotary selection of food from local restaurants, such as Cantina Los Cabalitas and Khyber Pass Pub.

This is a lively beer garden from the chef and restaurateur Michael Shulsan fills 20,000 square feet of space across the road from the Liberty Bell, allowing imbibers to relax while admiring the view of the National Historic Park’s independence. Beer Garden of Independence is open all year round and offers 40 taps of local, regional and domestic craft beer, as well as a range of cocktails and wines – all served in an open-air rural space decorated with recycled wood, treated metals and twinkling lights. Visitors can enjoy an affordable menu with appetizers, salads and sandwiches such as cheese steak, pretzels, wings and tacos when they invite their friends and family to a game of Jenga and Corn Pit.

It now operates year-round on an area of ​​18,000 square feet in front of LOVE Park on JFK 1500 Boulevard, Upper Beer Garden is the perfect place for visitors and conventioneers to search for an outdoor dining and drinking experience just steps from downtown and the Pennsylvania Convention Center hotels. The new location consists of seven different seating areas and is decorated with trees, twinkling lights, a local street art, a once meet pond and a fountain made from recycled beer taps. Meals go the way of a giant food truck in the central garden, with menus including Philadelphia favorites – including fried pork sandwiches and cheesecakes – as well as other sandwiches, snacks, salads and desserts. Sprinklers include nearly two options of a dozen beers in addition to seasonal cocktails and wines.

TIP: Uptown Beer Garden is just one of lots of open space in Philadelphia, which can be rented for private events.

Frankford Hall – a German-themed concept from award-winning restaurateur Stephen Starr – is open year-round for pretzels, brats and liter brag boots. In the spring and summer months, their spacious outdoor beer garden is a place where you can be and be noticed. Thirsty visitors can sit at large picnic tables and get lost in conversation over an energetic game of jeng or a ping pong competition.

Photo on the cover by M. Stanley.