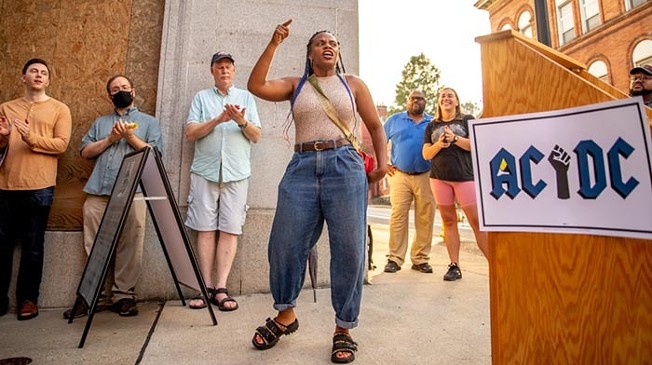 Four days before a high-stakes election that will determine Pittsburgh’s seat in the U.S. House of Representatives, local Jewish community leaders are defending Democratic candidate Summer Lee from an attack on an ad paid for by the pro-Israel lobby group the American Israel Public Affairs Committee.

The United Democracy Project, a SuperPAC affiliated with AIPAC, earlier spent $2 million to oppose Summer Lee in her primary race and now has spent $1 million more announcements arguing that Lee’s views on racial justice, policing and prisons are too extreme for PA-12. The ad reportedly does not mention Israel.

About 250 Pittsburgh Jews signed open letter condemning the ads, which says AIPAC’s definition of “extreme” is “the exact opposite of what the majority of American Jews, who are concerned about the sharp rise of anti-Semitism and white nationalism in our state and our country,” wrote.

The letter condemns AIPAC’s choice to support Republican politicians who voted to overturn the results of the 2020 presidential election and who promote the anti-Semitic “Great Replacement” conspiracy theory, which they say “helped inspire the murder of eleven members of three synagogues located in of life”.

Notably, Pittsburgh Jewish community leader and Democrat Steve Irwin, who narrowly lost to Lee in this spring’s primary election, also voiced his support for Lee’s campaign, saying he would vote for her in Tuesday’s election.

“There’s no time to be distracted,” Irwin said. “We must unite as Jews and as Democrats,” emphasizing that Democrats generally support the Israeli government and arguing that the Republican Party poses the greatest threat to religious and individual freedom in the United States.

“We have to vote for the Democrats,” Lee said. “We cannot and will not give Pittsburgh, western Pennsylvania, the 12th congressional district or our country to an extremist party that only incites hatred.”