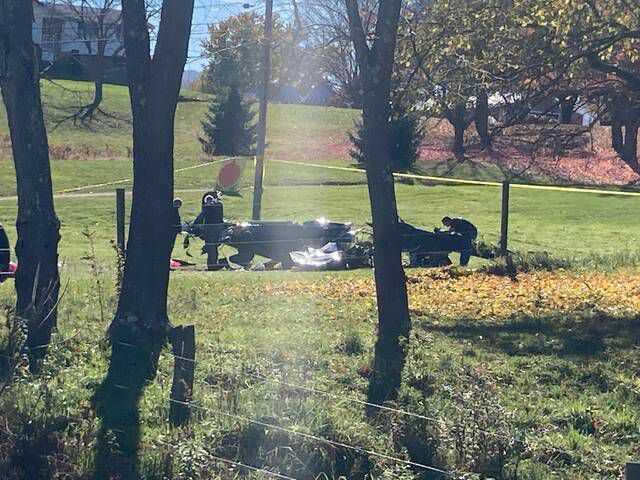 A preliminary report released by the National Transportation Safety Board a month after the fatal Hanover Township plane crash indicates the plane’s pilot was aware of a possible problem with the plane before it took off from Wyoming Valley Airport.

An experimental hobbyist Bearhawk Patrol aircraft headed back to Farmers Pride Airport in Lebanon County On Oct. 29, it crashed in the Doran Farms area, off St. Mary’s Road in Hanover Township.resulting in the death of the pilot and passenger.

The two victims were identified by the Luzerne County Coroner’s Office as Ronald Snyder, 76, of Bernville, and Michael Bowen, 56, of Johnstown. It has not yet been confirmed which of the victims was the pilot and which was the passenger. There are no reports of casualties on the ground.

preliminary report, issued by NTSB Nov. 17released more details about the crash, but has not yet determined what caused the fatal crash.

According to the report:

Witnesses said the pilot and passenger had taken off from Farmers Pride Airport earlier in the day, headed to Hazleton Regional Airport and then to Wyoming Valley Airport in Ft.

The report said that while at Wyoming Valley Airport, the pilot told a friend that he noticed a “falsification problem” with the plane that caused it to appear to “knock” sideways during turns.

The pilot encouraged this friend to fly the plane to see what he thought, and after a short test flight, the friend reported that he noticed a “weird yaw” during turns.

The pilot reportedly said he would fix the problem “this winter,” and after refueling, the pilot and pilot-rated passenger headed back to Lebanon County.

Automatic dependent surveillance (ADS-B) data indicated that the aircraft climbed to an altitude of 1,700 feet, leveled off, and then began to descend to approximately 1,500 feet.

In the final seconds of the flight, the data showed a descent of 400 feet in less than two seconds. Eyewitnesses reported that the plane “rolled and rolled”, the nose of the ship was dropping and pitching up rapidly.

The pilot was reportedly out of the plane at the time, and witnesses reported seeing the pilot “spiraling” as the plane pitched down and crashed.

According to the NTSB, the pilot’s body was about 530 feet from the main wreckage.

The NTSB report indicated that there was no evidence of ignition on any part of the plane. Examination of the engine did not reveal any pre-impact anomalies that would interfere with normal operation.

The aircraft was retained by the NTSB for further examination.

At a news conference held in Hanover Township the day after the crash, NTSB aviation safety investigator Lynn Spencer said that once the preliminary report is released, the actual report can be expected within 9 to 12 months, with the probable cause determination several months after that.