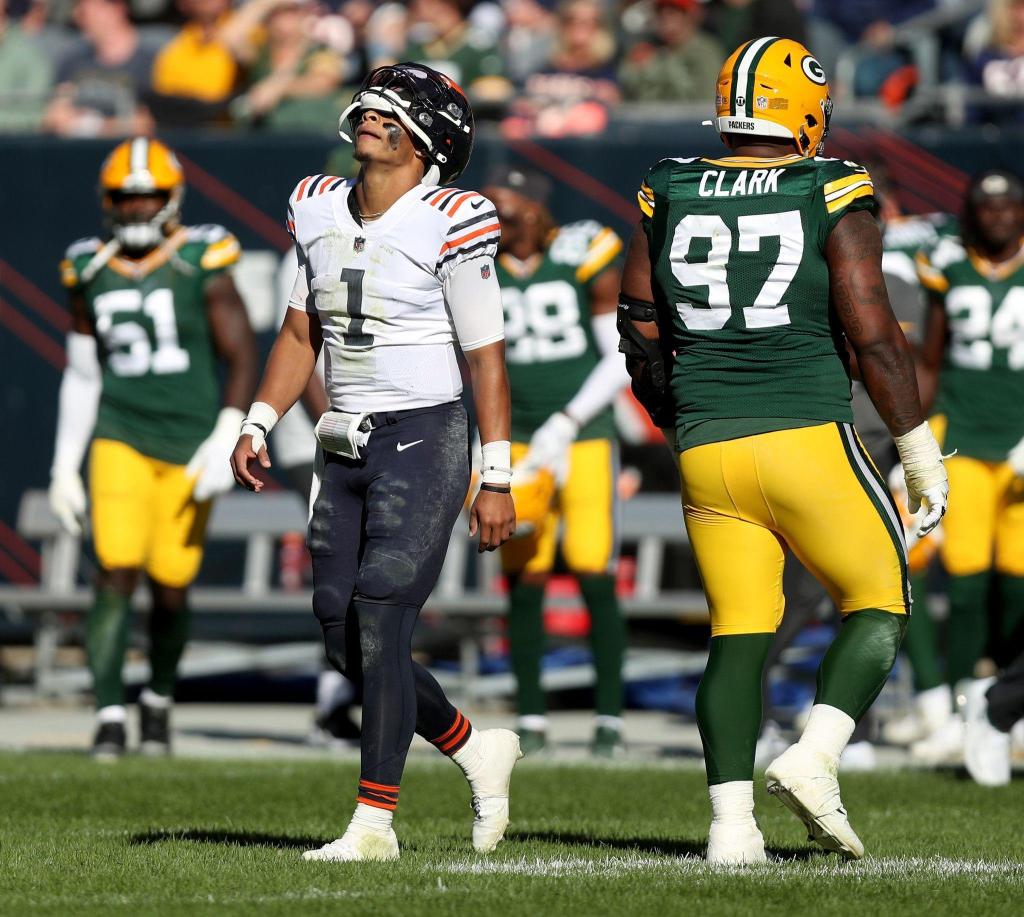 Chicago Bears quarterback Justin Fields remained a limited participant Thursday because of a left shoulder injury he suffered in last week’s loss to the Atlanta Falcons.

Before Thursday’s practice at Halas Hall, Bears offensive coordinator Luke Getsey said he wasn’t sure yet if Fields could be cleared to play Sunday.

With the Bears 3-8 in last place in the NFC North and Fields showing promising signs over the past month that he has the potential to become the team’s franchise quarterback long-term, the Gaets were asked if the team’s most practical approach would be to give Pauly this weekend weekend.

“This question is above my pay grade,” Gatsey said. “Whatever they tell me, that’s what I rock and roll with.”

On Wednesday, Fields reported that he suffered a left shoulder separation with torn ligaments when he landed awkwardly at the end of a run late in last week’s loss. The Bears would probably be wise to play it safe by shelving Fields this weekend and reevaluating his status in Week 12. But the team has patiently played a wait-and-see game this week, letting Fields practice and assessing how he looks and feels each day, with an eye toward giving him a chance to start against the Jets.

After Wednesday’s practice, Fields said coach Matt Eberflus gave him a lot of input into the decision.

Siemian, who entered the league in 2015 in the seventh round out of the Northwest Championship, has made 29 career starts, the last coming in Week 12 of last season with the New Orleans Saints. Siemian has a career completion percentage of 58.9 and a passer rating of 81.2 with 41 touchdown passes and 27 interceptions.

“There’s no substitute for that gaming experience,” Getsy said. “It’s a good crutch we can lean on.”

The Bears will have one more practice Friday at Lake Forest before they have to officially declare Fields’ game status as questionable, questionable or out.