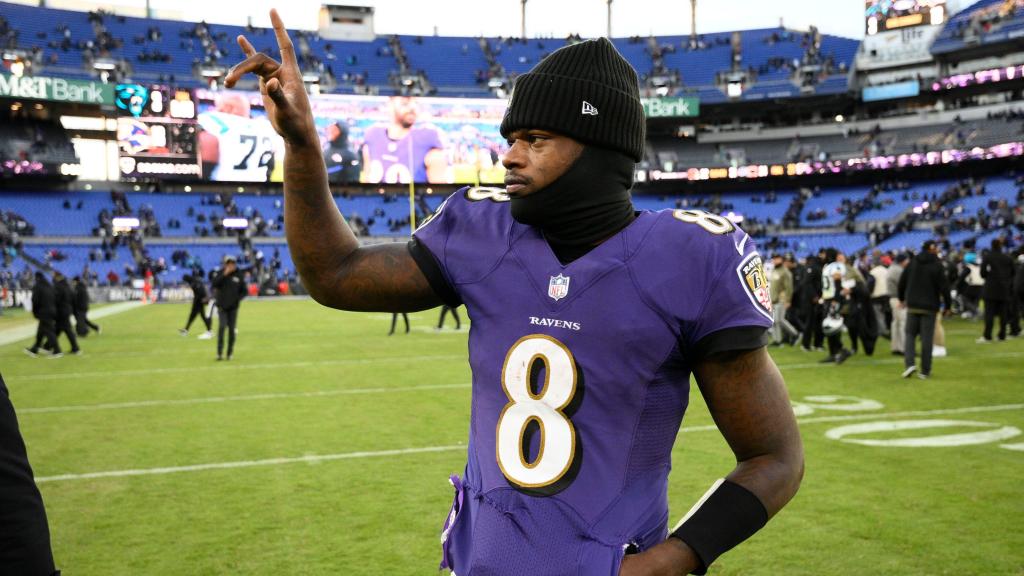 Ravens linebacker Lamar Jackson remains on track to participate in Sunday’s game against the Jacksonville Jaguars after returning to practice Thursday as a full participant.

Jackson missed practice on Wednesday with a hip injury, but coach John Harbaugh said afterward that the team “just wanted to keep him and let him rest.” Harbaugh said Jackson, who had an “issue” with his hip during Sunday’s win over the Carolina Panthers, will be available Sunday in Jacksonville.

Running back Gus Edwards (hamstring/knee) also participated fully in practice for the first time since leaving the Ravens’ Week 8 win over the Tampa Bay Buccaneers. Edwards has missed the team’s last two games, but Harbaugh was optimistic Monday that he will play Sunday.

Left tackle Ronnie Stanley (ankle), safety Kyle Hamilton (knee) and cornerback Jaelyn Armor-Davis (thigh) remain sidelined. Harbaugh said Wednesday that both Stanley and Hamilton are “day-to-day” after leaving Sunday’s game with minor injuries, but if neither practice Friday, they will likely be inactive against the Jaguars.

Wide receiver DeMarcus Robinson, who had a career-high 128 yards on Sunday against Carolina, missed Thursday’s practice with a hip injury after participating fully on Wednesday.

The Jaguars, who are going on a bye, were not hurt.