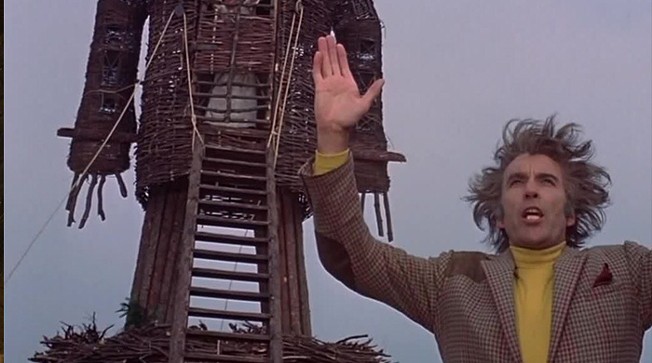 Before he became Count Dooku or Saruman, the late Christopher Lee was the face of some of horror’s most violent and diabolical villains. The very last Drive-In Super Monster-Rama on Riverside Drive at the theater is paying tribute on what would have been his 100th birthday as part of the Christopher Lee Centenary Celebration.

The Super Monster-Rama, which will take place over two days on Friday, September 24 and Saturday, September 24, will showcase eight of Lee’s scariest films. The line-up includes films such as Curse of Frankensteinthe 1957 film that put Lee on the map as a leading horror actor, and the 1976 film The devil has a daughter, in which Lee plays a conniving excommunicated priest. As expected, the folk horror classic of 1973 Wicker manin which Lee plays a charismatic cult leader, will also be shown.

Before it materialized into an event, Super Monster-Rama was a personal dream, Reiss says. “I wanted to do something that I hadn’t experienced a lot,” Reiss says. “It’s like I’m going back in time and reliving the things I missed because I didn’t get to see them on the big screen.”

Reis partnered with Riverside Drive In and launched the first Monster-Rama in 2007. The event drew crowds, so in 2013 Reis and the Riverside Drive In added the April Ghouls Drive-In Monster-Rama, a two-night ’80s-themed fest. slasher movies. Every April and September since then, Reiss and his wife make the seven-hour journey from New York to Pittsburgh.

Christopher Lee (right) at The devil has a daughter

Monster-Rama is not used to showing Lee’s work. The flight featured most of Lee’s films with Britain’s Hammer Film Productions, and one of the films on this year’s Saturday lineup, the 1972 Horror Expresswas on the billing for the inaugural Monster-Rama.

Lee has become known for his iconic characters — he reprized his role as Dracula in more than 10 films — so Reiss said it was important to bring his lesser-seen films to the big screen this year.

Since cult horror movies rarely make it to the big screen, Super Monster-Rama’s retro lineup is a goldmine for old-school horror fans looking to relive the movies of their childhood. But Reiss says that as the event has grown, so has the number of younger fans looking to have a good time.

“We’re getting younger and younger,” Reiss says. “And they were really too young to watch a lot of these movies in the car. So their experience is something they couldn’t do before.”

In between films, Reiss plays period-accurate commercials and trailers, with a preview of the new “horror nightmare” to place the audience in that era. Hang around long enough and you might wake up in Dracula’s mansion.

“It’s a total retro feel,” Reiss says. “When you show those 30 years and back, you really feel like you’ve gone back in time.”

Shortage of beer? A nationwide carbon shortage could raise the price of brew