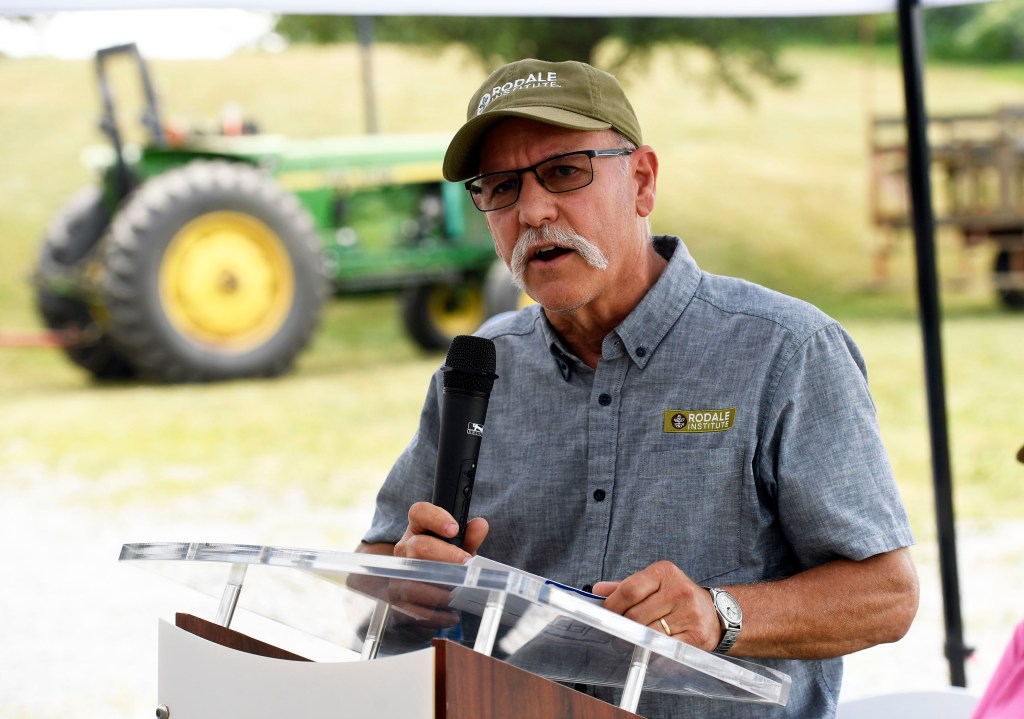 MAXATAWNY TWP. — Board of Directors Rodale Institute announced that Jeff Moyer will retire as Chief Executive Officer in the spring of 2023. Moyer will then transition to the role of CEO Emeritus, where he will continue to support and advise the organization.

Mayer joined the Rodale Institute in 1976 and has been dedicated to “advancing the Institute’s mission and regenerative organic agriculture,” according to Monday’s announcement.

“It has been a great honor and privilege to work alongside so many wonderful people who make up the organic and renewable organic community,” Moyer said in a statement. “Having the opportunity to positively impact the lives of people and the planet as a whole has made every day for the past 46 years a true joy.”

Moyer spent 39 years as a farm manager/director before being named the Institute’s executive director in 2015. In 2020, he was appointed CEO. The board will retain an executive search firm to select a new CEO.

According to Maya Rodale and Roberta Lang, co-chairs of the board of directors, the regenerative organic movement and the Rodale Institute “would not be where they are today” without Moyer’s leadership.

“His tireless dedication to the study, practice and advocacy of regenerative organic agriculture has helped countless farmers convert to organic practices, resulting in healthier soil, healthier food, healthier people and a healthier planet,” the couple said in a joint statement. They added that while Moyer is “indispensable, he has assembled an outstanding team” that will ensure a smooth transition for the organization.

“Thanks to Jeff’s leadership, the Rodale Institute has never been in a stronger position,” Rodale and Lang added in a joint statement.

According to a press release announcing Moyer’s retirement, Moyer is best known for developing and popularizing the Rodale Institute-invented tractor implement known as the “roller crimper.”

“It is a vital tool in no-till organic farming as it reduces soil erosion, improves soil health and increases biodiversity,” the release said.

Moyer has served as chairman of the National Organic Standards Board and currently serves on the boards of directors of the Regenerative Organic Alliance, the Soil Health Institute, and the advisory board of The Real Organic Project. He is also a founding board member of Pennsylvania Certified Organic and former founder and board chair of The Seed Farm, a farm incubator project. It was recently named to the Pennsylvania Agriculture Top 100 list.

Founded in 1947 by JI Rodale The Rodale Institute of Maxatawny Township, Berks County is a 501(c)(3) nonprofit organization dedicated to advancing the regenerative organic agriculture movement through research, farmer training and education.