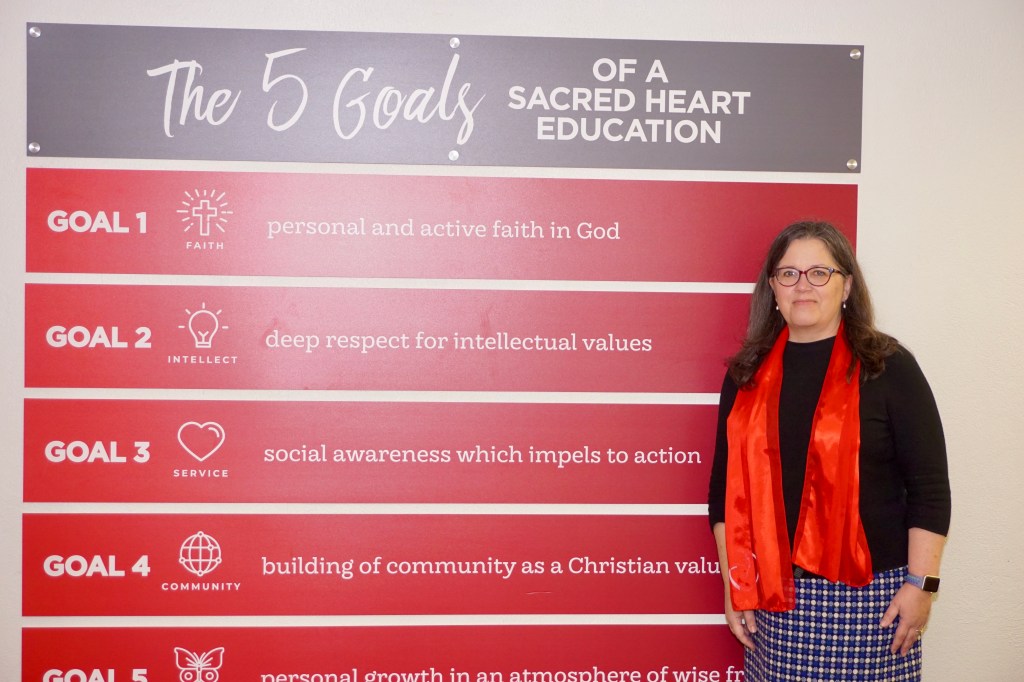 RADNOR — As the new head of school at Bryn Mawr Academy of the Sacred Heart, Carla Yantas McMullen believes there are three keys to a successful education.

She wants to make sure they remain a part of the education of every girl and young woman who attends their school.

“I think we succeed with our young women and girls and their development because of three things: relationships, empathy and leadership,” McMullen said in a recent interview.

These three elements, according to McMullen, are part of a set of unwritten goals that can help girls and young women in school, college and careers.

“Part of the goals and criteria of the Sacred Heart is the concept of community, and what lies at its core [community] – it’s the relationships that girls build with each other, as well as with their teachers,” she said. “It’s those relationships that give them, I think, the confidence to figure out who they are, to stumble when things go wrong, but to get back on their feet knowing that the community is behind them. But also to develop empathy and understand the shoes in which another person walks.”

These elements also include an emphasis on developing the leadership of young women in the school.

While developing that leadership, McMullen said she thought a lot about today’s world, whether it be issues related to the world of business, politics or the environment.

This year marks MacMullen’s 36th year in education. Her first 30 years were spent at the Hopkins School in New Haven, Connecticut.

At Hopkins, McMullen started as a chemistry teacher, then rose to head of science and then to dean of the faculty.

She then became head of school at Kew Forest School in Queens, New York. After a few years in New York, she wanted something new.

“I was looking for a new challenge,” McMullen said. “I knew in my heart that I wanted to serve in a Catholic school. I also knew deep down, and it’s because of my own background, that I wanted to go to an all-girls school, and the opportunity arose to go to Bryn Mawr Academy of the Sacred Heart. And I was very lucky to be chosen from many candidates.”

With COVID increasingly in the rearview mirror, McMullen said she wants to bring back some of the pre-pandemic programs.

“The initiative that interests me is the renewal of our exchange program,” McMullen. “A lot of that was put on hold because of COVID.”

Under the program, middle school girls go to another Sacred Heart school across the country. Older students can engage in international exchange.

McMullen, originally from the Pittsburgh area but with family ties to the Philadelphia region, said she also wants people to know the school has been a part of the Bryn Mawr community for about 70 years.

“I like to think of us as a hidden gem that I wish more people knew about,” McMullen said. “When families find us and the girls end up enrolling, what we find is that they talk about the work they feel in the community, they feel like a family, and they feel like they’ve found a place where they can be who they are.” is actually – which is incredibly powerful.”