Todaypennsylvania.com
Home Sports “That’s why we love it here” 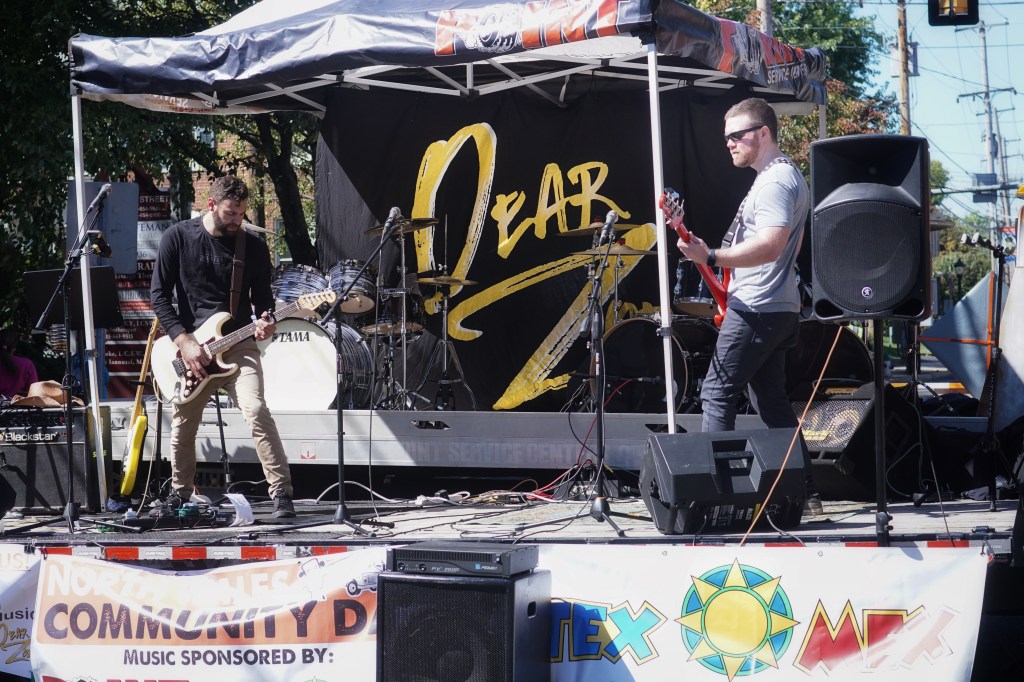 NORTH WALES — A morning email hours after North Wales’ Community Day events could have been a complaint, a criticism or a criticism — but it turned out to be quite the opposite.

Borough Manager Christine Hart reported on the success of Saturday’s festival, including reading an email from a resident who said the event inspired a life-changing decision.

“Yesterday was a lot of fun for us as a whole family. Being able to go back and forth and have all the activities for kids while being completely free is such a boon to our city. “Music, food, drinks and ice cream, everything we could ask for,” Hart read.

“We recently had the opportunity to settle in a house in about 15 minutes. In the end, we gave up and decided we loved the area too much to leave, despite the fact that our house had quickly outgrown it. Events like North Wales Day are why we love it here and why we stay.”

The daylong event took place Saturday after months of planning by district staff and a committee of volunteers, and Hart told the board that an email she received early Sunday from a five-year-old resident with three young children made their efforts worthwhile.

“Thank you for giving us a day where we can enjoy our family and feel incredibly safe in a small town where we are so grateful to be raising our family,” she said as she read the letter.

“After everything you’ve been through, everybody on this committee has said at the end of the day, ‘This is why we’re doing this,’ and any of the problems or headaches don’t even matter when you read something like this,” said Hart.

To begin Tuesday night’s meeting, the manager showed a photo gallery from the event, taken by resident Jeff Fazio and linked to district Facebook page. Photo after photo showed smiling residents and visitors enjoying snacks from food trucks, live music and an array of craft vendors, with several residents joining the board to thank those who made it happen.

“It was really beautiful and we really enjoyed it,” said resident Jocelyn Tenney, while John Gibbs said the city “did a good job on it and it was a great day.” Council President Sal Amato responded that he hoped to see both again soon chili cook off fundraiser be placed on North Penn Volunteer Fire Company from noon to 4pm on October 15th.

Mayor Neil McDevitt said the day was “amazing”, while Councilor Sherwin Collins said “everyone had fun” and Councilor Sarah Whelan said she was out of town “but saw a lot of pictures online and a lot of friends talking about it.” Councilor Eoin O’Neill said the event “gets better every year and I think that’s a testament to the hard work that’s gone into it” and he particularly enjoyed the free bikes helmets distributed by the district police and The Partnership TMA .

Councilor Sally Niederheiser said she spent most of the day with her 97-year-old father and both thought “what a great day, I heard it all over the place,” and Councilor Wendy McClure said she had heard positive feedback about the daycare. zone, and many offers for next year and beyond.

“There are new ideas about doing different things and about new sponsorships, and it’s just great,” she said.

Councilor Mark Tarlecki added that the day also received rave reviews from vendors: “I spoke to a few and they really had a phenomenal day, so it was great to see that. And it will ensure they put North Wales Day on their calendar for next year.” Amato thanked the organizing committee, as well as city staff, police and public works staff who helped out leading up to and during the day, and Hart gave special thanks to the fire company for helping close Main Street to through traffic.

“We have a lot of traffic on Main Street and they work well with the police department and public works to make sure the roads are safe and everything is closed,” she said.