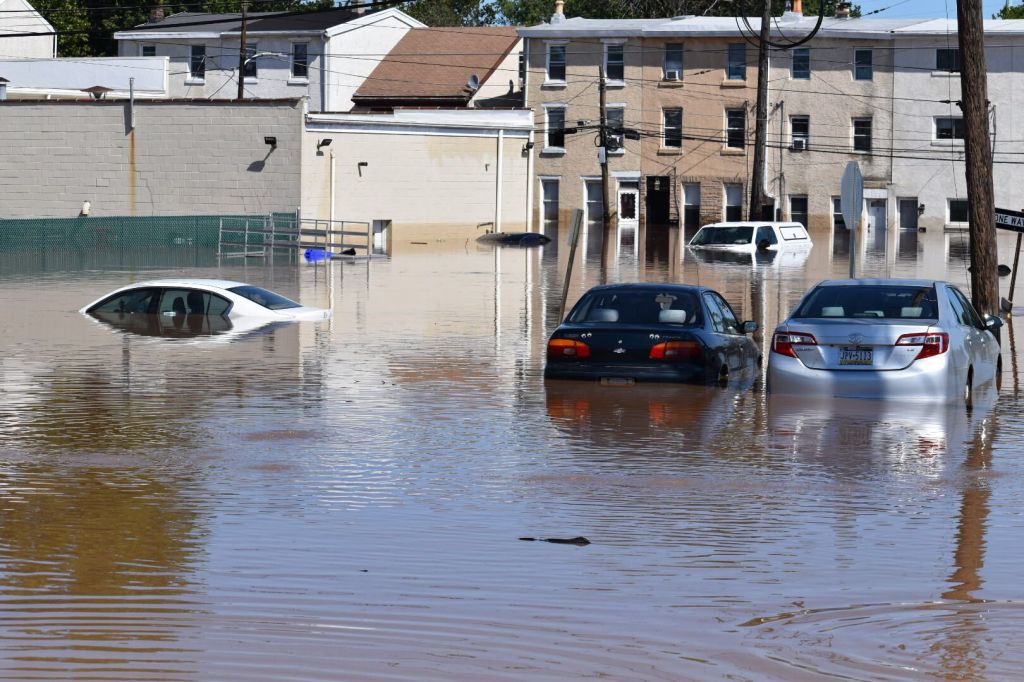 It’s been a year since the remnants of Hurricane Ida swept through the region, sending a deadly tornado ripping through a swath of destruction in Montgomery County and dumping torrential rain that brought record flooding on the Schuylkill River to towns along its banks.

The tornado destroyed homes and offices in Upper Dublin and damaged the Temple Ambler College campus, as well as the Upper Dublin Municipal Complex and schools. On the other side of the county, the rising river destroyed hundreds of homes and apartments, forcing people to flee by water and leaving them with nothing after the flood.

Upper Dublin has fought back — cleaning up, rebuilding, neighbors helping neighbors in a movement they call “Upper Dublin Strong.” Homes had to be repaired and rebuilt, with intense negotiations and persistence with insurance companies, and lost property in many cases could not be replaced.

But on the other side of Montgomery County in Norristown, Bridgeport and Mont Clair, gathering those pieces was a monumental task. A year later, families remain homeless. These apartment dwellers may have had insurance on their property, but they have no way to replace their homes. Of the hundreds of apartments destroyed by the flood, more than 100 will not be rebuilt.

And since this dwelling is lost, there is nothing to occupy it. Units in nearby apartment complexes in King of Prussia cost four to five times what working families in Norristown and Bridgeport were paying. The affordable housing that can be found in cities further west is not practical for those whose jobs are near Norristown. The cost of a car and inflation-driven gas prices make it unaffordable, and the loss of commuting time makes childcare expensive or impossible.

The cost of housing in Montgomery County, Pennsylvania’s second wealthiest county, puts a home out of reach for many. The realization that working families cannot afford this most basic need is finally sparking a debate among officials and residents.

“No one should ever have to live without a roof over their head. This is unacceptable. We readily admit that Montgomery County is facing a housing affordability crisis. This has been the case for many years, but recently it has worsened due to the economic impact of COVID, the destruction of homes by Hurricane Ida, and rising rents in our region,” said County Commissioners Val Arkush and Ken Lawrence in recent one posted here.

That opinion has sparked a backlash in some townships, where residents have made it clear they don’t want “affordable housing” in their backyards. The conversation in Upper Gwynedd township started with the offer, since withdrawalfor a complex of 45 objects.

Arkush said the affordable housing crisis and resulting homelessness is a problem for every community, not just low-income urban areas. “This is a county-wide problem that requires a county-wide response. … We have 62 municipalities, and we need each one to do its fair share to help residents in need,” the commissioners wrote in the assessment.

Kayleigh Silver, Director of Housing and Community Development, put it this way: “Affordable housing is a community that has enough housing and services to allow seniors to age in place. Affordable housing is enough housing for a recent college graduate to come home to their neighborhood to live and work,” Silver said, adding that “accomplishing that mission has become more difficult recently.”

Hurricane Ida did not know which houses to destroy and whose lives to turn upside down. Just as so many lost so much in that storm, those who were left behind must work together to provide shelter in times of crisis and stable opportunities to rebuild housing. In this region of wealth and opportunity, the need to address the housing crisis is critical.