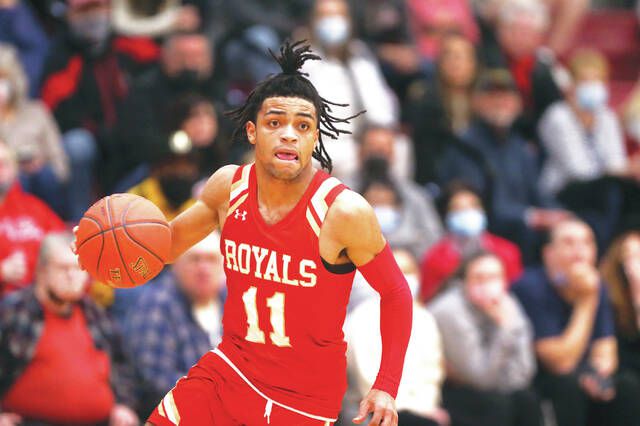 Now that he has completed the involvement of the Holy Redeemer basketball program for boys in the state title competition, Justice Shoats is celebrating individual awards accompanied by this achievement.

According to the team released Thursday morning, Shoats was named the Pennsylvania Sports Writers second class 3A team for all states.

With Shaws leading, Holy Redeemer scored one point in overtime of the state semifinals, losing to Devon Prep 73-72, who then went through the PIAA Championship game. The 6-foot-tall senior guard scored 29 points in a loss, the last game of his high school career to score more than 1,500 points, two Player of the Year awards in the 2nd Division of the Wyoming Valley Convention Conference and being selected as Co-Player of the Year in the Times Leader team.

Shoats’ kicks – and even some of his missed attempts – were a way to get fans to their feet. However, he provided more than a stand out game. And without having a hard time holding back the penetration of dribbling, he became a more effective shooter outside and more consciously put teammates up as his career progressed.

“I came into the senior season knowing I was our main leader,” Shoats said. “I put it on my shoulder and at every training session I made it with my teammates and made sure we were all accurate.”

The strikes repelled 58 percent of his shots from inside the arc, 36 percent from outside the line and 79 percent from the penalty spot. He averaged 20.1 points, 3.6 rebounds, 3.1 assists and 3.0 steals.

“I stepped up my shooting game and more actively involved my teammates,” Shoats said.

The state champion in the long jump during the athletics season and a stellar receiver, when he returned to the football field in high school, Shoats still managed to work on his basketball game all year round. He led the royal champions to the WVC Division 2 and District 2 Class 3A titles along with a 21-5 record when Holy Redeemer took on a challenging schedule outside the league.

“I think he’s definitely made progress every season, and last offseason, between the junior and senior years, he made a really big leap,” Guido said. “It was great for us.

“It helped bring our team to a special place and a place we hadn’t been to before in school history. This was largely due to his maturity and experience. “

Shaws is the first WVC player to receive nationwide recognition this season, when the full national teams of all states were announced for girls and more than half of boys from all states. State sports authors named nationwide boys ’teams for schools without PIAA, grades A and 2A. Class 4A, 5A and 6A teams will be featured in the upcoming daily announcements.

The only other boy selected from District 2 so far was Old Forge junior guard Joe Makyoka as the third team in Class 2A. A year ago, Machaco averaged more than 15 points per game and nearly 17 in the postseason, when the Blue Devils reached the state semifinals for the second time in a row.

“I knew I would have to go in and become one of the scorers,” Machoka said. “It was supposed to be one of my roles.

“I was completely ready for it. I expected this to get into the lineup and become a bigger part of the team. ”

Harden is with the 76ers, Embiid is healthy, happy and chasing a title