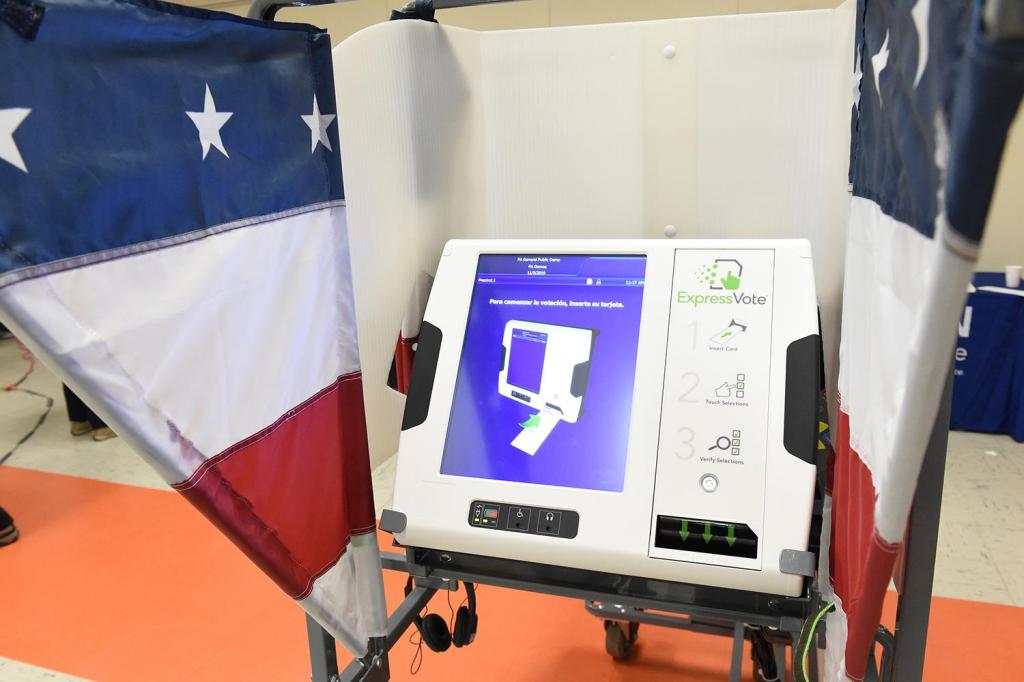 Less than two weeks before the primary election in Pennsylvania, a new poll by Franklin and Marshall College found it unclear as to which candidates have the upper hand in tough contests for Republican nominations for the U.S. Senate and gubernatorial seats.

On the Democratic side of the ballot, however, the primary race for the U.S. Senate is more obvious: Lieutenant Governor John Fetterman retains his status as a favorite over his main rival, U.S. Representative Conor Lem.

Although the poll provides a poll of the present moment, poll director Berwood Yost warned that in every primary race there are a significant number of undecided voters, and warned that many voters who prefer may change their minds, making it difficult to express considerations. who can win.

While the race for a seat in the U.S. Senate seemed to be narrowing around the two candidates in the same poll just a month ago, the third candidate has been making a strong push in recent weeks of the race to rise to first place.

The poll found that the two best choices are still celebrity doctor Mehmet Oz with 18% support and former hedge fund CEO David McCormick with 16% support. But conservative commentator Katie Barnett has moved away from the rest of the group, which sits in third place with 12% support.

Two out of 5 Republicans say they have not yet decided who to support, and among those who chose the candidate, more than half say they could change their minds.

Like the race in the Senate, the competition to represent the Republican Party in the fight for the next governor is wide open.

State Senator Doug Mastrian has an advantage over the rest of the field with 20% support. But lagging behind is former Attorney General Bill McSwain with 12% support, former U.S. MP Lou Barlett with 11% and former Delaware County Council member Dave White with 8%.

The poll found that one in three Republicans has yet to decide as the race enters in recent weeks, and among those who have chosen a candidate, more than half say they are still weighing options.

Yeast said the reason for such uncertainty may be the fact that the poll found that gubernatorial candidates are relatively unknown among registered Republicans. About half of the respondents said they did not know enough about White, McSwain, Mastrian or Barlett to have an opinion.

As for the Democratic Senate race, Fetterman has increased his lead over Lem since April.

Fetterman is now leading Lamb with a colossal margin of 39 percentage points – compared to 24 points in the April poll. Fetterman is supported by 53% of Democrats, who called the advantage, and Lamb – 14%.

Yeast said the poll showed that Fetterman has a much higher rating compared to his main opponent, most likely due to the fact that he is much better known among Democrat voters. But he acknowledged that both candidates have improved the visibility of their names among voters since the latest poll.

He also noted that one in four Democrats is still undecided about their preference, and half of those who have an advantage say they could change their minds about their choice.

State Attorney General Josh Shapiro is unopposedly running in primaries from the Democratic Party for governor.

How the survey was conducted

A recent Franklin & Marshall College survey included a detailed explanation of how the survey was conducted:

The survey was developed and conducted by the staff of the Center for Public Opinion Research. The data included in this release represents the responses of 792 registered Pennsylvania voters, including 357 Democrats, 352 Republicans and 110 Independents.

A sample of registered voters was obtained from the Marketing Systems Group. All respondents from the sample were notified by mail about the survey. Interviews were conducted by telephone and online depending on the preferences of each respondent.

Survey results were weighed (age, gender, education, geography, and party registration) using an algorithm to reflect the known distribution of these characteristics among state voters. Estimates of the party’s age, geography and registration are based on active voters in the Pennsylvania State Department’s voter registration data.

The sampling error for this survey is 4.4 percentage points when considering design effects from weighing.