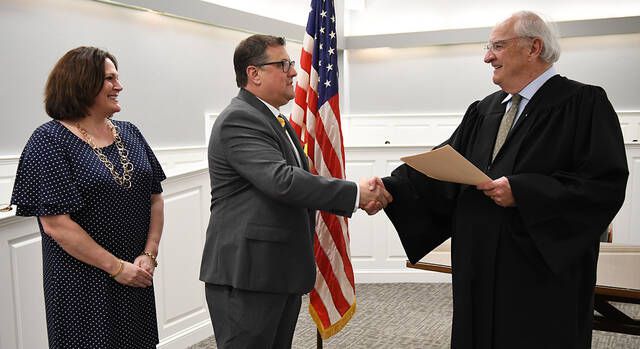 EXETER – The Wyoming District School Board has appointed High School Principal John William Pollard as the next district head during a special meeting Thursday night.

Pollard will take office after Janet Serena retires this summer. The council gave him a three-year contract, but did not set him a salary.

Pollard previously worked in the county as an elementary school teacher on Tenth Street and worked as an assistant high school principal in Lake Lehman School District.

In the absence of Vice President of the Board of Directors Philippe Campeni the vote was 5-3. Gerald Stofko, Paul Porfirio and Chairman of the Board Michael Supey voted against. After the vote, Supei stressed that his vote did not indicate a lack of confidence in Pollard. “I’m looking forward to working with you,” he told Pollard, who was in the audience.

Asked about the search and selection process, Supey said he started with a committee of four board members, but after reviewing the cost of hiring a third-party firm, the board turned to Tony Grick, executive director of Lucerne’s intermediate department, a state agency. which provides a wide range of services to area schools. Grico helped other areas search and offered to help the Wyoming area for free.

The board posted the opening on the district’s website and placed it in newspapers, setting a deadline of April 5 and accepting 10 applications. Eight of the candidates were interviewed in full, three were withdrawn for a second interview.

Board member Lara Best said Pollard gave a PowerPoint presentation showing “so many initiatives he wants to take” that she was impressed. She also noted that his time in the district will promote a “smooth transition.”

After the meeting, Pollard shook his hand and hugged Serin. He said it was for him “honored and humiliated” to be appointed, and that the first priority was to overcome the challenges posed by the COVID-19 pandemic, and “get students back on track”.