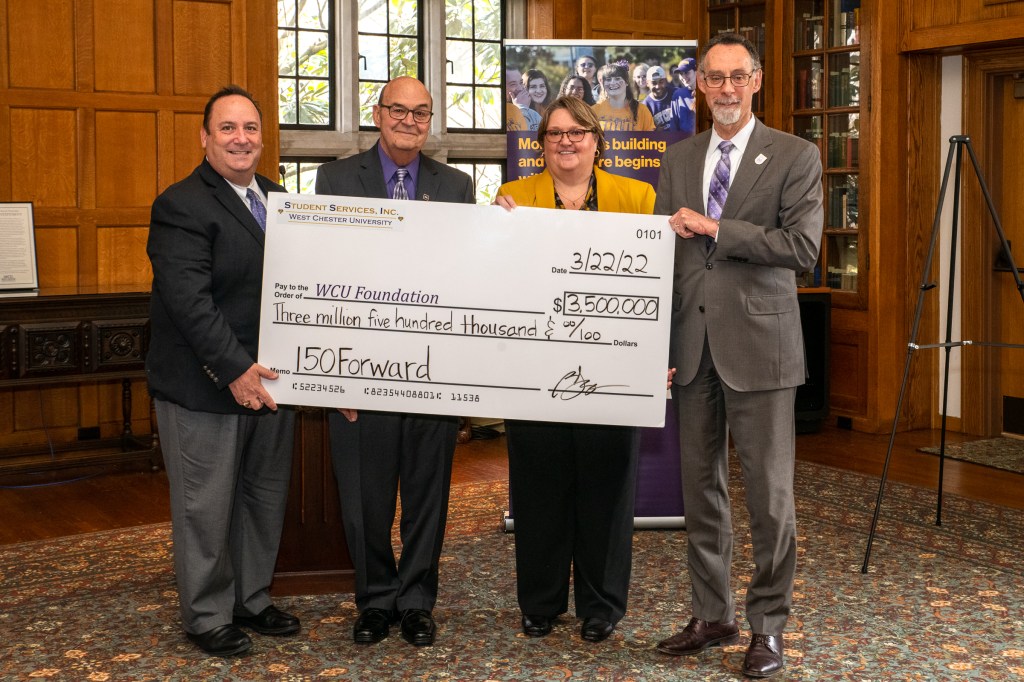 WEST CHESTER, —The $ 3.5 million gift from Student Services, Incorporated (SSI) was presented to the University of West Chester on Tuesday, March 22nd. The gift became the largest monetary donation ever made to the University of West Chester, and was presented during the signing of a special gift agreement. and the celebration of the presentation, which took place on campus at the Philips Autograph Library. SSI Chairman Bernie Carrosa and SSI CEO Donna Snyder publicly signed a donation agreement and then presented a transformation check to West Chester University President Chris Fiorentino.

The SSI Board of Directors has approved a special resolution in support of donations to the largest integrated company ever launched to fund the immediate needs of students at West Chester University – 150Forward: The Campaign for West Chester University. The historic gift, which coincides with the university’s 150th anniversary, allows the student-focused company to go beyond the $ 50 million mark set to raise $ 65 million by June 30, 2024.