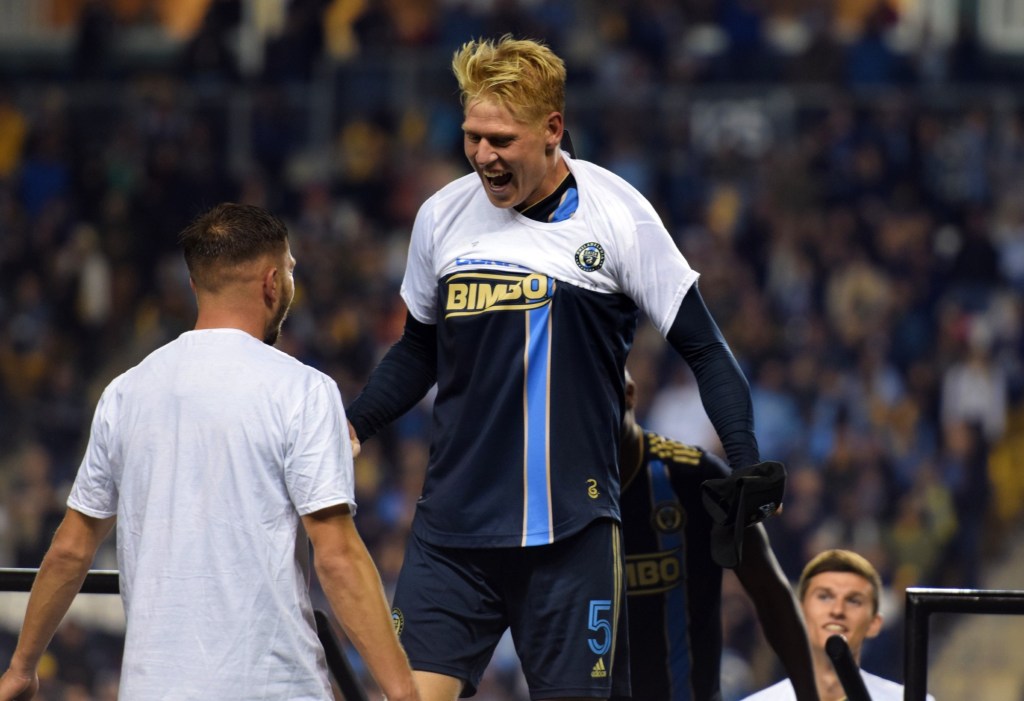 CHESTER — The circumstances surrounding the Philadelphia Union’s exit from the 2021 MLS playoffs are well documented, with 11 players missing the Eastern Conference final against New York City FC due to COVID protocols.

The defense unit suffered the most. Four of the five players in the squad – goalkeeper Andre Blake, centre-backs Jack Elliott and Jakob Glesness, and left-back Kai Wagner – were forced to sit out the biggest game of their professional careers in a 2-1 loss that dropped NYCFC to place MLS Cup.

“Last year I was sitting at home and it was the worst game for me,” Glesnes said. “I had to sit and watch, it was very, very difficult for me.”

It wasn’t just painful. It was incomplete. However, what has happened in the 11 months since then has been motivated by more than just a missed opportunity. Rather, it was the realization that the quality of the 2022 squad made them worthy of an MLS Cup semifinal.

“I don’t think we thought about it during the season, but we knew from the beginning that this could be our year,” Glesnes said. “We have a really good team and we just have to continue what we did last year.”

It was fair to lose track of the Union’s stinginess during an August period that saw the team score four or more goals in five of their seven matches, resulting in a league-best tally of 72 goals. But the foundation is on defense.

The Union set an MLS record for goals scored in a season with 34 games and 26 conceded. Blake was the runaway winner of his third MLS Goalkeeper of the Year award; Glesnes was named MLS Defender of the Year, while Wagner finished second.

The Union’s rise to the MLS elite coincided with the 2020 additions of Glesnes and defensive midfielder Jose Martinez, who joined Blake, Elliott, Wagner and right back Olivier Mbaise. That kicked off a three-year streak that saw the team finish in the top two in the East every year, reach the CONCACAF Champions League semifinals in 2021 and, after Sunday night’s celebration in Chester, a first trip to MLS Cup.

Sunday’s 3-1 victory over New York City FC, the same team that silenced the crowd at Subaru Park last December, turned the tide in many ways. But for a tense few minutes after NYCFC’s Maxi Moralez beat Blake’s 57th-minute shot from his right, there was real concern that it wasn’t the rescue dream they had imagined.

“It’s human nature. You get that feeling of, ‘Oh no, here we go again,”’ manager Jim Curtin said.

The flash point was Blake’s diving reflex to deflect Alexander Cullen’s header away with a forearm that had 2-nil written all over him in the 59th minute. The Subaru Park record crowd of 19,770 chanted “MVP! MVP!’ because he did it again.

“It’s a winning save. He deserves to be named MVP,” Wagner said. “It kept us in the game and kept us going.”

Wagner had a team-high 15 assists, but Glesness’ creation set the stadium on fire. His quick free-kick down the inside-right channel saw a diving Julian Carranza beat goalkeeper Sean Johnson at the far post in the 65th minute.

“Me and Jack were standing on the ball and he wanted to play. I said, ‘If they’re standing the way they are, I want to get it to Julian real quick,’ because Julian and I had eye contact,” said Glesness, whom Curtin called the team’s “smartest player” after the game. “When they didn’t move, I said, ‘I’ll take it.'”

With the game level and the tide turned, it took just two minutes for Daniel Gazdag to head home a rebound from Carranza after substitute Jack McGlynn’s soft cross put the Union 2-1 up and rocked Subaru Park. Substitute Corey Burke scored the third to make it three goals in 11 minutes, but one advantage would be enough to cap the strongest team in MLS history.

“We knew we were really good defensively and we showed that again,” Wagner said. “1-0 (goal conceded), we were asleep for a moment. But at the end of the day, I think everyone saw that we could run the game very well. They had no chance.”

According to Curtin, the mantra adopted by Philly fans is “No one likes us, we don’t care.”

“We have players who want to practice and fight. It’s not fun to play against us. You can call it attractive, entertaining, you can hate it, too physical, we don’t care,” he said. “But we know the opposition don’t like to play against us because it wears them down for 90 minutes.”

Sunday’s 90 Minutes is content to acknowledge something gained through something lost.

“It’s a great feeling to win together and get some revenge,” Glessnes said. “You shouldn’t say revenge, but it is.”

A certain experience has no word to describe it perfectly. If not revenge, then justice.

The turnaround comes quickly ahead of next Saturday’s MLS Cup (4 p.m., FOX) against Western Conference powerhouse Los Angeles and its equally loaded attack.

But the Union and its defense will manage. They hate to miss an opportunity.