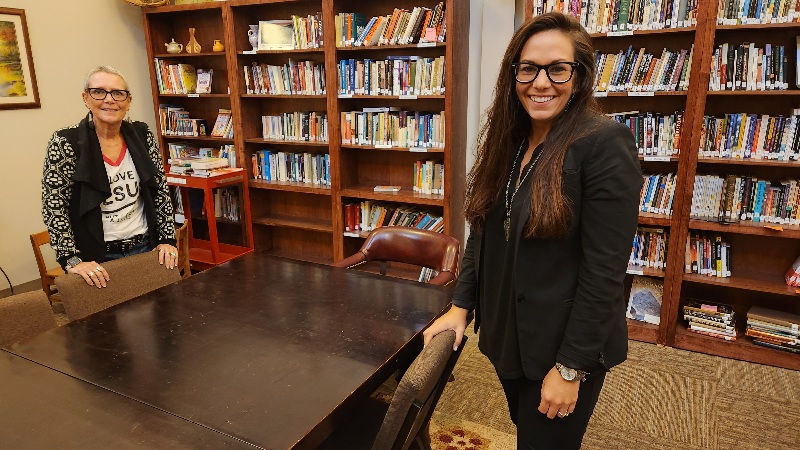 WEST CHESTER — An area church has lost half its members after its pastor and elders took a controversial stance.

One hundred and twenty-five of the 250 members of Cornerstone Christian Fellowship at 426 W. Gay St. left the church after the pastor and other elders accepted the LGBTQIA+ community.

“I can’t be the pastor of a church that excludes anyone,” the Rev. Dr. Tracy Saleta, Cornerstone’s lead pastor, said from his busy office Thursday. “We took a position.

“We lost people because of the inclusion statement.”

Four or five years ago, Saleta began to question the position of the church regarding the LGBTQIA+ community.

“We have always been a justice-oriented church,” she said. “We are creating a space for people who have been rejected by the church in the past.

“I wouldn’t change our decisions for anything. I deeply believe in the position we have taken.”

The pastor attributed some of the lost parishioners to COVID, the church’s stance on black lives matter and its gender, but she said most left because of the LGBTQIA+ community’s stance.

St. Sophia Futres is an artist and the head of the church. She said that people feel safe in the church, which is located in a former warehouse.

“As many people as we’ve seen leave, this decision will open the door for many new faces to come in and feel like they belong here – many of them returning to their Christian faith.”

Saletta brought the matter before a panel of 10 elders. She suggested that everyone read Ken Wilson’s book, A Letter to My Congregation. The book seeks a third way to approach this controversial topic in the Bible, acknowledging the ambiguity of these verses.

Elders are divided on inclusiveness. The three elders left the flock.

“If all the elders do not believe in the problem, we cannot move forward,” the pastor said.

Church elders and the pastor have made it clear to the congregation that they are having conversations about inclusivity.

“Needless to say, my office became a revolving door of some very intense conversation,” Saleta said. “People have been waiting to find out what our decision will be.”

Saleta took a three-month sabbatical from July to October 2019 and sought counsel from the Lord while studying the issue.

“The Bible is not as clear on this point as is often believed,” she said. “There is more ambiguity than people realize.

“I came back with a vision and knowing that I could not be the pastor of a church that excludes anyone because of race, identity or sexual orientation,” she said. “I want to believe in an inclusive community.”

It’s been an uphill battle, but it’s been worth it, she said.

“When we say everyone is welcome, we really mean everyone,” she said. “I love us.

The finances of the church, which serves the community through rent and programs, are not very good. Programs include BeRooted’s dance and movement therapy programs and art programs, the church hosts two AA meetings a week, an open space for the LGBTQIA+ community, and a Little Faces daycare.

JusticeRain, a community justice outreach organization, a sober living home, tattoo artists, and Footress has a studio in the church, holds conferences, the volleyball court is well-used, and food is distributed to the pantry.

For more information, go to cornerstonewestchester.com

GoFundMe was created to provide financial stability, “We took a stand.”