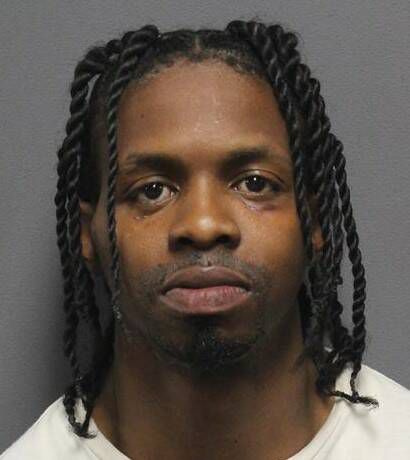 WILKES-BARRE – A Wilkes-Barre man awaiting sentencing for trying to disarm a Plymouth police officer has been arraigned on charges he crashed into a Wilkes-Barre police cruiser while fleeing after selling crack earlier this year.

Duran Marsh Thomas, 30, of South Mid Street, fled from a traffic stop in the area of ​​Stanton and Loomis streets where city police tried to arrest him for trafficking cocaine on June 10, according to court records.

Thomas accelerated the car he was driving, a Mercedes Benz, mounted a curb and struck the front of the cruiser, nearly hitting the officer, court records said.

Police chased Thomas, who fled at high speed and managed to elude capture.

Court records say Thomas was pulled over by Plymouth police on June 1, 2021, when he was driving a Mercedes Benz at a high rate of speed in the wrong lane on East Main Street, Plymouth.

Thomas stopped and got into a fight with Plymouth officers who were trying to disarm the Taser officer, court records state.

During the melee, a crowd gathered in Plymouth and began chanting, “Black Lives Matter” and swearing at the officers, according to court records.

Thomas pleaded guilty to fleeing or attempting to elude police, disarming a law enforcement officer and resisting arrest in connection with the Plymouth incident. He was to be sentenced on August 31.

When officers conducted a traffic stop, court records say, Thomas jumped a curb, hit the front of the cruiser and nearly hit the officer, who drew his weapon.

Thomas managed to evade capture as he fled at high speed.

It was not immediately known where Thomas was captured.

Thomas was arraigned by District Judge Thomas Malloy in Luzerne County Central Court on charges of possession with intent to deliver a controlled substance, fleeing or attempting to elude police and aggravated assault. He was jailed on charges filed by Wilkes-Barre police for lack of $65,000 bail.