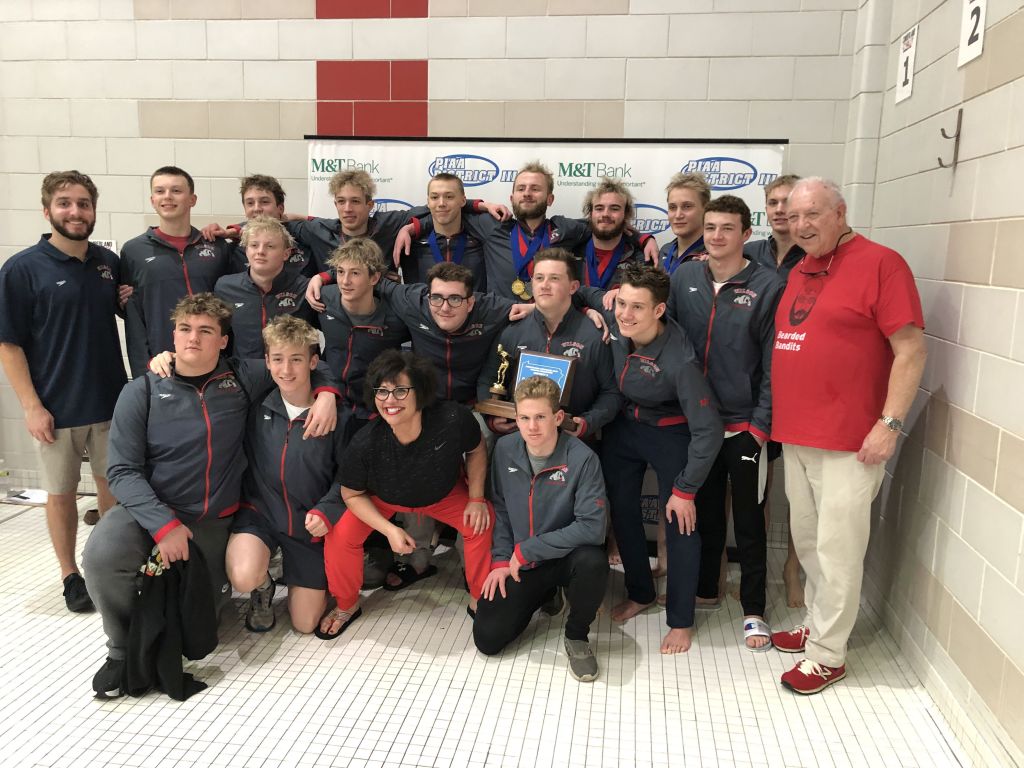 In the meeting among the girls Wilson repeated herself as the district champion with 330 points, and the Berks swimmers took gold in three competitions.

The boys of the Bulldogs finished the match with a victory in the 400 m freestyle relay. The relay team consisting of Takoda Heckman, Jan Metzgar, Isaiah Eberley and Chad Corsan finished with a score of 3: 07.93.

Corsan said he believes he and his teammates will surpass their district time in the upcoming state meeting.

“I feel like I can go a lot faster and I feel good in the states,” Corsan said. “We all did everything we could, you know? Some of us didn’t get the time we wanted here, but we’re still looking forward to the states. ”

Governor Mifflin finished third in the team standings with 203.50 points, and Ben Gerhard won gold in the 500 freestyle with a score of 4: 30.38 for the Mustangs.

“This is a really young team this year,” Gerhard said, reflecting on the team’s third place finish. “So for those young guys who come here and come from the heart, it’s really exciting for the future of Mifflin.”

Hackman finished the meeting with three gold medals (two from the relay and one from the 200 IM victory) as well as a silver in the 500 free.

Gerhard, who has won 500 for free over the past three years, said he believes this win was his best in the 500.

“It was a lot better to win this year,” said Gerhard, who won 200 freebies on Friday. “This is my third year of winning and this is my fastest time since then, so being here faster than I was last year is really fun to go to the states. As a senior who came to this meeting and got two golds, I couldn’t ask for more. ”

Finishing the junior competition, William Fanning of Exeter won bronze in the 100 m / s with a time of 57.39.

In the girls’ competition, Emma Dougherty of Wilson took gold in the 100 breaststroke in 1: 03.64. Daguerre, a freshman, was the only freshman to take home a gold medal in the individual standings in Class 3A.

“It’s weird,” Dougherty said. “Everyone has worked so hard and I feel like we have really amazing swimmers and some really amazing girls. They have wonderful personalities, big hearts, and I think we’re always close to each other really helping us through that. I have many years ahead of me, but I would not have been able to do it if my team had not supported me. “

Daguerre also stressed the importance of perseverance when it comes to success.

“If I had to say one thing, I would just say, do your best,” said Dougherty. “As a practice, if you feel tired, promote it because that’s what will get you to that point. And I am very grateful to everyone who was on my way. “

Next, Daguerre awaits a state meeting where she said she may feel a little more nervous competing as a freshman.

“I’m a little nervous,” Dougherty said when asked how she felt on the way to the states. “But I feel that if I stay true to myself and be with God all the way, I feel like I can do it.”

Sydney Green from Mullenberg won gold at 50.23, and four other swimmers won medals from Berks. Hannah Herleman of Exeter finished fourth with a time of 52.34, Maren Shermerhorn of Müllenberg was fifth with 52.66, Emily Cherry of Wilson finished seventh with 52.96, and Ella Kahn of Wilson finished eighth with 53.00.

“I’m very happy with what I did,” Green said of her performance over the weekend. “However, I’m happier to see what I can do in the states.”

Gring, who won 100 Flies and 200 IM last year, finished with two golds this year, winning Friday’s 200 free. She said she is also very proud of her team’s performance.

“I think we’ve done phenomenally,” Green said. “We’ve all turned out the light and I think our energy is really fueled by each other. I’m just proud of this team. “

“It’s very good because last year I was second in the 500 for free, so I’m very excited to do it now,” Unru said.

Like Gring, Unru was very proud of his team.

“They all did amazing and I love them,” Unru said. “They worked hard day in and day out in practice, and all the hard work pays off. I’m very happy to see how they do in the states. “

In addition to gold Unruh, Exeter took home silver in two other competitions.

In the final race of the weekend, the 400-meter relay race of Exeter consisting of Herleman, Ramsey, Gabriel Istenes and Unru took second place with a score of 3: 29.92.

In the team standings, Exeter finished fourth with 186 points, followed by Mullenberg with 184. Governor Mifflin finished eighth with 125 points.